A quarter of graduates haven’t had a single interview 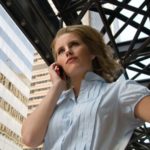 More than a third of UK graduates have been forced to claim Jobseekers Allowance, two fifths have applied for over 100 jobs and a quarter have not been offered any interviews at all. The shocking statistics come from jobs website TotalJobs.com, whose researchers also discovered that a third of graduates have been jobless for six months after finishing university.

Graduates said the biggest barrier they faced when trying to enter the job market was a lack of experience. Whilst they felt that university had been worthwhile, four in ten graduates said they thought six months’ work experience was the most important consideration for employers looking to fill entry level positions. Less than one in 10 rated having a 2:1 or above as the most important factor – and only one in 20 said their university’s reputation was the top factor.

And the challenge of finding work is pushing down graduates’ salary expectations. Today’s graduates expect to earn £19,800 a year, while those still at uni anticipate a salary of £800 a year more. But there was some good news. There has been a 5% drop in graduates that have been looking for work for over a year and confidence has also improved as a result. In November 2011, 19% of graduate jobseekers said that they were not at all confident of finding work in the next year. Six months later, the figure had dropped to 10%. Confidence in finding work in the next six months has remained stable.

Mike Fetters, graduate director at totaljobs.com, criticised the government for advising so many young people to pursue a university education – and said of the results:

“Overall, the picture for graduates is tough, but there are signs of improvement; we are seeing some growth in the number of job available. This is little comfort, however, for those that took the advice of successive governments and invested in their education only to find themselves forced through necessity to claim the dole and fail to be invited to a single interview.”

And he had this advice for graduate jobseekers:

“With graduates recognising the importance of experience yet unable to get their foot through the door, it can seem like a vicious cycle. But there are some things graduates can do. The first is to maximise the power of your network and keep in touch with classmates, they might hear of an opportunity that you can take advantage of. If you’re able, get some work experience or charity work so that you can fill gaps in your CV and finally don’t be tempted to apply for all and every job. Think about what you want to do and tailor your CV and covering letter accordingly. Make every application count and understand how to stand out from your competition.”

*HOW IS YOUR JOB HUNT GOING?
How many jobs have you applied for – and how many interviews have you had? What’s the hardest thing about being a job-seeking graduate? Do you view your degree as a waste of money – or do you have faith it will pay off in the long-term? What advice would you give to today’s 17-year-olds considering going to university – is it worth the investment?