Working part-time because you can’t find a full-time job? 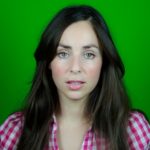 Concerns have been raised that yesterday’s apparent good news about UK unemployment is in fact masking a crisis that has seen over a million people forced to take part-time work because they can’t find a full-time job.

Employment minister Chris Grayling declared it “welcome news” that unemployment had fallen by 45,000 to 2.6million in the three months leading to March 2012 – and the number of people in work increased by 105,000 to almost 30 million. But number-crunchers pointed out that this second figure is entirely due to a rise in part-time workers – many of whom are not doing it by choice.

Almost eight million people are now in a part-time job, the highest since records began in 1992, while those working part-time because they cannot find full-time work increased by 73,000 to a record high of 1.4 million. Self-employment has also reached a record figure of 4.1 million, up by 89,000 since the previous quarter.

David Cameron said he accepted that the new figures should be treated with caution, saying:

“We are not remotely complacent about this because although there is good news about youth unemployment and the claimant count coming down, there is still too many people in part-time work who want full-time work, and also we still have the challenge of tackling long-term unemployment.”

“The Chancellor has created a part-time, low-pay Britain with his austerity programme – a political path that is increasingly being rejected by other European countries, France being the most prominent example.”

“The falling number of full-time jobs and the 6% fall in real wages over the last two years means that people are having to make huge salary sacrifices and put their careers on hold just to stay in work.”

Graduate Fog is hearing growing anecdotal evidence of graduates taking whatever work they can find – often several part-time jobs – to try and cobble together something resembling a half-decent monthly wage. Many of you are being forced to put your career plans on ice indefinitely while you try and find work that will help you pay the rent. We have also not forgotten that the many graduates working as unpaid (or very low-paid) interns will also not be counted as unemployed, as they cannot claim jobseekers’ allowance. So how accurate is the picture painted by this new batch of statistics?

*ARE YOU WORKING PART-TIME BECAUSE YOU CAN’T FIND A FULL-TIME JOB?
What are you doing – and is the work related to your long-term career plans? Do you have more than one part-time job? How hard is it to find full-time work at the moment?