Unemployment falls! (For the over 65s…) 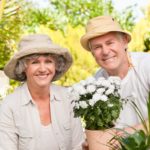 YET YOUTH JOBLESSNESS REMAINS ABOVE ONE IN FIVE – WHAT’S WRONG WITH THIS PICTURE?

The latest unemployment figures show that the number of over 65s in work has risen by 52,000 to reach 929,000, the highest number since records began in 1992. Yet in the same period, youth unemployment has fallen by just 10,000. (It is now 21.9%, meaning over 1 in 5 under 24s is jobless.) In response to the news, commentators have warned of “ageing workplaces” if the government fails to act on the growing inter-generational imbalance in the labour market.

The figures concern Graduate Fog because the numbers show that the young are continuing to be hit the hardest by the economic climate – and are struggling to find a place for themselves in the world of work. They are already in tens of thousands of pounds of debt after studying for a degree they were told would guarantee them a well-paid graduate job (but which probably hasn’t materialised). For many of today’s young people, the dream of owning their own home or having a family is distant, or even impossible.

Meanwhile, those of retirement age appear to be clinging to their place in the workforce – or re-entering it when they discover their pension is not sufficient to fund their twilight years. But if older workers refuse to retire, shouldn’t younger people be concerned that – directly or indirectly – there will be less work available for them?

Graduate Fog has written before about what appears to be a growing generational conflict in the fight for paid work – and some of our readers feel it is unfair. But something about all this feels very wrong to us. While the young struggle to find work paying more than the minimum wage, the old – sitting on much of the country’s wealth in homes they bought for pennies but are now worth hundreds of thousands (if not millions) – are still refusing to bow out of the job market and make do with what they’ve got.

And we are seeing further signs that the so called “inter-generational contract” – where each generation looks out for the one that follows – is breaking down. How many middle-aged managers are well aware that their interns are working for free – yet they do nothing about it? How many refuse to give their junior staff the miniscule pay rises they ask for, while they keep cashing their fat (and growing) pay cheques at the end of every month?

The subject is starting to be discussed openly – but it remains fairly taboo. Shiv Malik and Ed Howker’s book Jilted Generation: How Britain has Bankrupted its Youth – warning of these issues back in 2000 – was ahead of its time. Malik – also co-founder of the Intergenerational Foundation – told Graduate Fog today:

“Clearly in many ways when entry to the jobs market is restricted older people have a lot of advantages. Not just previous experience but many over-65s have lower housing costs and savings and state benefits to pull on including bus passes and pensions. On top of this over-65s don’t opay National Insurance meaning they are cheaper for employers too. The government has to step in at some point and correct this stituation especially as young people bring much needed vitality and skills to ageing workplaces.”

Other commentators are also picking up on this issue. Just last week, the Evening Standard’s brilliant Rosamund Urwin wrote a comment piece entitled Generation Jammy doesn’t need freebies. In it, highlighted the injustice of the fact that the baby boomers (of all social classes) still enjoy free travel in London, free TV licenses and winter fuel allowances despite the fact that many of them enjoy far more wealth than the younger generation will ever have. Yet challenging them makes you very unpopular:

“If you ever dare to brand the baby-boomers “Generation Jammy”, the letters and emails flood in. “We worked hard for our lot,” the pre-pensioners and pensioners proclaim, before accusing you of playing a game of ‘Bash Granny’.”

Graduate Fog has a good relationship with its parents (both of whom we are proud to say are suffering from baby boomer guilt). We also have huge respect for older citizens. Their wisdom and experience is a great asset to our society. We are also not asking for olds to live in poverty. Clearly the most vulnerable must be looked after. But many over 65s are not vulnerable – they are just looking out for themselves. And this is something we need to talk about. After all, if they continue to hog the goodies, what does that leave for their kids?

*SHOULD OLDER WORKERS MAKE WAY FOR YOUNGER ONES?
Do you worry that seniors are job-hogging? Do you see youth unemployment as part of a wider generational conflict – or is Graduate Fog just granny-bashing?