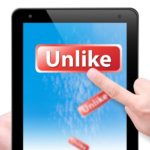 SITE IS “TOO CASUAL” FOR PROFESSIONAL INTERACTION, SAY YOUNG JOBSEEKERS

Job-hunting graduates have sent a clear message to big-name employers that they don’t think Facebook is an appropriate forum for applicants and recruiters to interact. Instead, they still prefer to receive information about jobs and careers via email.

The survey of nearly 1,500 students and graduates by careers website targetjobs.co.uk found that only 20% were strongly in favour of recruiters using social media, with three quarters saying email was still the best way to reach them. The snub will come as a shock to the recruitment world, which is busy working out ways to engage young jobseekers with their brands through Facebook. As one of the respondents put it:

“I think Facebook is used too casually for it to be involved in future careers. In my opinion, a site/blog specifically for employment information would be better, so one’s social life and working life are kept more separate.”

“Personally, I think that the best thing to do is to send emails with updating information rather than communicating through the social networks; sometimes social networks are not just about work and you need to separate your private space from the professional. I think it’s too much to combine everything together.”

“Social media is VERY diverse and different people can use the same site for different things. I prefer to use Facebook for private and social interest/networking and LinkedIn/Twitter for professional interest and networking. I don’t mix the two functions.”

Of the respondents who said they were ‘neutral’ about employers using social media (over half), the majority said they don’t mind engaging with employers (for example reading a company’s Facebook profile page) but would prefer not to interact (say by answering or asking questions). Students and graduates also had concerns about companies using Facebook to spy on them. They were not confident that their privacy settings were watertight — which made them nervous about interacting with employers directly. As one put it:

“I think interacting with potential employers over LinkedIn is fine because it is your projection of your professional self; however, the platforms of such social networking sites as Facebook would seem a bit intimidating as you would be unsure of how aware the company is of your personal life.”

The response is illuminating for recruiters, who have been investing heavily in encouraging greater participation among young jobseekers, but finding it an uphill struggle. The survey also found that companies which bombard young jobseekers with updates and newsletters risk alienating them. The majority of students and graduates prefer only to be contacted a couple of times a week.

*DO FACEBOOK AND JOB-HUNTING SIMPLY NOT MIX?
How do you like to receive information about jobs and careers? Should recruiters stick to emailing you about jobs — and leave Facebook to you your friends? Would you be nervous about interacting with an employer on Facebook? Why?

**Looking for a graduate job? Don’t miss our new book How to Get a Graduate Job in a Recession