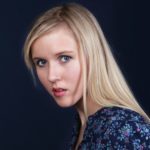 Job-seeking graduates living in London are to be forced to work for three months unpaid in order to keep their benefits, the government has announced. That means they will be toiling for less than £1.87 per hour – even less than the pitiful wages that apprentices earn. And it gets worse. If the scheme is successful, it will be rolled out nationally.

Fresh from his department’s success crushing objections from Poundland intern Cait Reilly in court earlier this month, employment Minister Chris Grayling announced that 18- to 24-year-olds (including graduates) who have spent less than six months in employment since leaving education will now have to work for 30 hours a week for their £56-a-week jobseeker’s allowance. (That’s £1.87 an hour – we did the maths). He denied that it was “slave labour” and insisted it would help young Londoners improve their career prospects.

They will do ‘work experience placements’ in charities or social organisations – such as care homes – for 30 hours a week over 13 weeks. It is unclear how much real work these ‘placements’ will involve, but given that the idea is to banish the “something for nothing culture” that he feels is so prevalent among workless under-24s, we assume these will look very similar to proper jobs (only they will be unpaid, of course). The scheme will be tested this year in 16 London boroughs including the riot-hit areas of Croydon and Haringey. The Government then hopes to roll out the scheme across London and the rest of the UK.

In a comment piece for the Evening Standard entitled Working for benefit is not the same as slave labour, Grayling defended his scheme, saying:

“Of course we can’t just leave young people, particularly those in difficult circumstances, with no access to financial support. But it’s not at all unreasonable to expect them to do something in return for that support. And that’s what a new trial we are launching in London will do.

“Later this year we will begin a scheme that will ask young Londoners signing on for the first time to do three months of full-time community work in return for their benefits. As part of the scheme, they will also receive support in looking for jobs and getting themselves ready for the world of work.

“Every young person who has done less than six months’ previous work will be asked to take part – and if they refuse, they will not be able to claim benefits…

“The usual suspects will cry “slave labour”. They always do. But they are the people who believe that young claimants have the right to sit at home playing computer games. I simply disagree.

“In an ideal world, no one should get something for nothing. And if you haven’t yet had the chance to make a financial contribution, then it’s not at all unreasonable to ask you to give something to the community before it gives something to you.”

“I would much rather people had the fun and the experience of work placements and the confidence that comes with it than being on benefits and doing nothing [and] seeing their self-esteem fall away.”

Graduate Fog does not think that anybody has the right to sit at home playing computer games whilst being funded by the taxpayer. But we do think that young people have a right to the same protection as any other citizen – which is to be paid at least the minimum wage for their labour.

We have serious questions about the practicalities of this scheme. What safeguards have been put in place to stop these work placements replacing proper, paid jobs at these places of work (like care homes)? What happens to these jobseekers after their three month placement – is there any guarantee of paid work at the end of it? Will any of these ‘social organisations’ and care homes be private businesses – and if so why should taxpayers fund unpaid labour there? If these people aren’t being paid, what kind of attitude can we expect them to have at ‘work’? Won’t they be difficult to manage? Will they be properly supervised? And is it appropriate to trial this scheme in workplaces concerned with the important business of caring for some of our most frail and vulnerable citizens, like the elderly or the disabled?

But our big question is HAS ANYBODY IN THE GOVERNMENT ACTUALLY SAT DOWN AND THOUGHT THIS THING THROUGH? Because we are rapidly losing faith – as well as patience – in our government’s ability to provide what Britain’s young people really need. Which is proper, paid jobs.

*IS £1.87 A FAIR WAGE FOR GRADUATES?
Or do you think your work is worth more? Do you agree that young people have a ‘something for nothing attitude’? Would you be happy to take a ‘work placement’ in a care home, if it meant keeping your benefits?