Can jobless graduates afford to have principles? 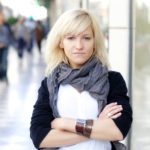 BEGGARS CAN’T BE CHOOSERS — CAN THEY?

I’m inspired when I meet graduates with strong principles. Many of the graduates I work with tell me that it’s important to them to do something they believe in — something that will “make a difference”. The Guardian even reported recently that this factor was rated as more important than salary. But I also come across graduates whose high principles seem to me hopelessly idealistic – and that concerns me.

There is a big difference between these two groups. The first includes Hamish, who wants to shed light on poverty through a policy or research job – or Nilini, who I helped get a job with a charity that supports deprived youngsters in accessing higher education. Great stuff. Matt, however, falls into the second group, as he piously declared that he would have nothing to do with business or “making profit for men in suits”. Ditto Carrie, who insisted she “wants to make the world a better place” but has nothing on her CV so far to prove it.

It’s got me wondering how much it’s realistic to hope that a job reflects your personal values as well as earning you a living. Can you compensate for being a banker by pursuing good works at the weekend? Is it okay to be part of a culture of bullying if it’s a charity? Can you do something worthwhile in an organisation that is committed to making a profit? When jobs are thin on the ground, can jobless graduates afford to have principles?

I’ve recently written communications materials for a big bank. I’ve worked for the Army — and I’ve even written speeches for a weapons manufacturer. I don’t feel particularly guilty. Is it because I feel my weekly voluntary shift as a children’s counsellor counts as offset?  Or is it because I’ve come to recognise over the years that if I make my living writing communications there will inevitably things I have to do of which I don’t wholly approve?

Working for the military — and meeting some great men and women who were completely committed to their job — forced me to confront some uncomfortable realities which I’d managed to ignore up to then, like the fact that I pay for the Army through my taxes and expect them to be there in a crisis.

Nowadays, there are very few organisations which can claim to be above reproach in everything they do.  If you feel strongly about particular issues and you also need to make a living, my advice is to ask yourself some searching questions about where exactly you draw the line.

And, rather than having knee jerk reactions to particular organisations, look below the surface and get the facts before you make your judgement. What marks out the principled graduates I work with from those who merely claim they are principled is that they are incredibly well-informed. They have done their research. They understand that life is rarely black and white, but they know where they stand on the various shades of grey.

Hamish (who I referred to earlier) can give you chapter and verse on poverty in the UK. He is no bleeding heart liberal — he knows he can’t change the world overnight, but he’s giving time and energy to changing it in the long term. Nilini works ridiculously hard and doesn’t always like the people she works with — but knowing she’s doing something that she considers worthwhile helps her through.

In contrast, Matt is a talented artist lucky enough to be backed by wealthy parents and my guess is that when he’s trying to market his work, he’ll be only too happy to know a few men in suits. I stopped working with Carrie after just a couple of sessions because she wanted to “make a difference” but she also wanted a secure, well-paid, high status job with a clear career path. She needed to get real.  In my experience, high ideals can only be achieved with knowledge, hard work and the ability to make tough choices in a challenging world.

*WILL YOU ONLY WORK FOR ‘GOOD’ EMPLOYERS?
Would you take any job you could get — or are there some companies you would never work for? Would you work for an oil company, defence company, gambling brand or for a cigarette manufacturer? Have you ever turned down a job because of your principles?