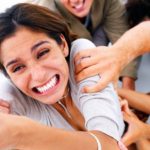 The UK’s brightest young people must start competing for their position in the job market earlier than ever, it seems.

Consumer goods giant and major graduate employer Unilever has announced a landmark new recruitment programme to attract first year university students. But why are big companies focussing their resources on freshers, when so many people who have already graduated are in desperate need of work?

The Unilever Spring Programme is exclusively for first year students who apply for a three-day business challenge in Spring 2013 (around six months after they start university). Students must put their skills and business acumen to the test working on a business case study project and completing a half day assessment centre. If successful, they will start a 12-week or 12-month placement the following year.

“With the recent hike in university fees, students understandably are looking to secure jobs earlier to maximise the investment into a university education and we want Unilever to be front of mind when students plan their career after university. Those who join us for placements during university often benefit from fast-tracking to a graduate role, so it’s well-worth students thinking about their careers as early as possible.

“We’re to starting to talk to students earlier in their university lives than ever before, meaning that first year students can sample life with us well before graduating.”

“Although we all know that the job market is tough today, particularly for graduates, the situation isn’t all bleak. In fact, companies are still fiercely competing to attract the top students and graduates who continue to be very much in demand.”

Hm. It’s clear that today’s undergraduates (paying up to £9,000 a year for tuition fees) have twigged that it’s never too early to start schmoozing potential employers — even if they’re yet to finish their first year at university. But what does that mean for those who have already graduated – and haven’t had access to these vital early opportunites? Will the new breed of hyper-ambitious undergraduates make your cohort look like slackers? And is it reasonable to ask first years to be so career-focussed at such an early stage?

*ARE GRADUATE EMPLOYERS GETTING TOO PICKY ABOUT WHO THEY HIRE AT GRADUATE LEVEL?
Are companies making unrealistic demands on their graduate intake, because they know they hold all the cards? Shouldn’t the big employers be focussed on opening their doors to those who need jobs now, rather than those who will graduate in a few years’ time?