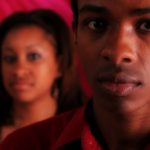 Employers who pay their graduates low wages – or even no wages at all – are helping to keep the UK in recession, an expert has said.

“The biggest drag on UK demand remains real falling wages. This is still a major problem. Wages rose by 1.5 per cent over the past year; retail price index inflation [the rising cost of living] was 2.9 per cent. People are getting poorer.”

Graduate Fog believes that – despite the money, time and hard work you have invested in your degree – new graduates are among the lowest paid workers at the moment.

In particular, you are the only group who are doing what we all know are proper, full-time, often skilled jobs for free (dressed up as ‘internships’). To make matters worse, in doing these internships you make yourselves ineligible for jobseeker’s allowance, so you cannot even claim benefits as others earning no (or miniscule) salaries do.

It makes sense to us that low (or non-existent) wages are bad for the economy. An obvious point is that the treasury is missing out on the income tax and employers’ tax (that both you an your employer should be paying). But when you’re earning a tiny salary, you also have less money in your pocket to spend on stuff. There is an obvious irony in the fact that many youth brands – including Topshop and Urban Outfitters – have been employing unpaid interns. If they fail to pay their young staff a fair wage, how can they expect them to have the money to buy their products?

*DO YOU SPEND LESS WHEN YOU’RE EARNING LESS?
Are you paid fairly for your work? If you’re on a budget, what luxuries do you say no to? If you were paid more, would you spend more – in shops, restaurants and cinemas?