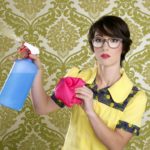 Highly qualified university graduates are being targeted to fill low-skilled menial jobs, in a dark new trend employment experts are calling ‘credentialism’. This reflects our growing suspicion that large numbers of graduates counted as being in work are in fact ‘under-employed’, doing jobs well below their capabilities and qualifications.

New research from the Higher Education Careers Service Unit shows that the number of UK university leavers working in menial jobs including junior office roles, shelf-stacking and labouring jobs six months after graduating had jumped by 3,500 to 60,000 — a rise of 6% in just one year. The report puts the increase down to employers knowing it is a buyer’s market — as unemployed graduates are desperate for any work they can get:

“This [finding] is partly because of the increase in the number of graduates over time, which has sparked ‘credentialism’ where businesses employ graduates in lower-skilled jobs.”

Worryingly, the report appears to confirm a growing trend. A separate study published earlier this year found that, of those graduates in work, 14 per cent were in sales and customer service positions, including sales assistants, market traders and call centre staff. Nine per cent were in administrative jobs and seven per cent were in “elementary occupations” such as shelf stackers, labourers, cleaners, road sweepers. But the authors of the HECSU report insisted there was no reason for alarm as many graduates’ brush with low-skilled work would be short-lived:

Graduate Fog isn’t so sure — can it really be good news that so many graduates are spending tens of thousands of pounds on their education only to go into low-skilled jobs previously done by those without a degree? Or in this economy, should graduates just be grateful they have any job, even if it means starting at the bottom?

*ARE YOU AN OVER-QUALIFIED GRADUATE DOING A LOW-SKILLED JOB?
Do you think you’ll progress faster up the ladder than a non-graduate would? Do you see the job as a stepping stone – or are you worried you’ll get stuck in it long-term? How does your employer feel about your qualifications – or did you delete your degree from your CV because you worried you’d be rejected for being over-qualified?