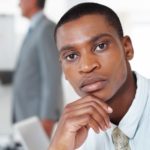 Snobbish employers who only recruit graduates from elite universities – ignoring candidates from less prestigious institutions with identical grades – have been slammed in a new report commissioned by the government. Universities have also been heavily criticised for failing to prepare their students for today’s tough graduate job market – and for advertising unpaid internships, which exploit those who do them and exclude those who can’t afford to do them. And expensive postgraduate courses that are increasingly out of reach for poorer students were called “a social mobility time bomb.”

The criticisms appeared in third and final part of the new government report University Challenge: How Higher Education Can Advance Social Mobility, by independent reviewer Alan Milburn. A vocal campaigner against unpaid internships, Milburn was scathing about the universities that continue to promote exploitative placements to their students and graduates, saying:

“While universities should find more ways to allow students to get work experience, we are concerned by the number of universities whose careers services advertise unpaid internships. This is an area where we believe universities should show collective leadership. Unpaid internships unfairly advantage those from wealthier backgrounds who can afford to work without pay. I recommend that there should be a sector wide agreement that no university will facilitate any exploitative work placements of any kind.”

Here are some of the report’s other highlights…

“…too many employers continue to recruit from too narrow a range of universities. The most targeted universities tend to have the lowest proportion of students from disadvantaged backgrounds. When employers target the most selective institutions, the opportunities for social mobility diminish.

“At present there is a vicious cycle as many employers target a relatively narrow pool of universities, increasing the chance of applicants from those universities, which in turn leads to better outcomes for those students. This reinforces the reputation of the university, and perpetuates the status quo.

“Employers have a crucial role to play in ensuring that ability and potential, not brand or status, become the determining factors in who they recruit. The top employers in particular need to broaden the range of universities from which they recruit.”

ON DODGY SELECTION PRODECURES FOR GRADUATE PROGRAMMES:
Milburn also expressed alarm that the UCAS points — designed for the transition from school to university — is now being used by employers as a selection tool for graduate recruitment:

“One particular concern is the use of the UCAS tariff points as a sifting criterion for access to graduate recruitment programmes. The tariff was not designed for this purpose and using it in this
way disadvantages… those who may have taken less traditional routes into university, studying qualifications not covered by the tariff. All employers should stop this practice immediately, as it is both discriminatory and unlikely to be effective as a tool for identifying potential.”

ON THE IMPORTANCE OF EMPLOYABILITY SKILLS:
He said that universities were being too slow to realise the enormous responsibility they have in preparing their students for the world of work, saying:

“Universities are increasingly recognising their role in preparing graduates for the labour market once they finish higher education… There is, however, a long way to go before universities are focusing sufficient attention on helping students to acquire the broad range of skills that are nowadays needed to succeed in the professional labour market… universities have to do more to prepare students for the workforce and not just support them to achieve a good degree.”

ON EXCLUSIVE, EXPENSIVE POSTGRADUATE COURSES
Milburn was also concerned that expensive postgraduate courses — which are becoming increasingly necessary for those hoping to break into the professions — are increasingly excluding those from poorer backgrounds:

“There is a real risk that an individual’s ability to pay up front, rather than their potential, will become an increasingly determining factor in who can access postgraduate education. This poses an unacceptable threat to the long-term health of the UK higher education sector. Moreover, as tuition fees rise, those from disadvantaged backgrounds may be less likely to want to take on additional debt after graduating. Lack of access to postgraduate study is in danger
of becoming a social mobility time bomb.”

Milburn’s conclusion? That greater scrutiny of what happens to graduates after university is crucial. He pointed out that for too long the debate had all been focussed on tuition fees and access to university, saying:

“The debate on the role of universities in advancing social mobility has tended to focus on issues of access. The question of what happens to students once they leave university, and their ability to succeed in their chosen career, is all too often ignored. That needs to change.”

Few of these findings will be news to readers of Graduate Fog — you (and we) raised the alarm about many of these issues long ago. But it is encouraging that at least part of what is really happening to graduates is finally being recognised — and that at least some of the right questions are being asked. Whether the government acts on any of Milburn’s recommendations remains to be seen. But they will certainly be a useful reference tool for those of us who really are serious about making graduate opportunities fairer for all.

*ARE POORER GRADUATES AT AN UNFAIR DISADVANTAGE WHEN TRYING TO BREAK INTO THE JOBS MARKET?
Should employers be forced to consider graduates from all universities, regardless of their history or prestige? Should universities be banned from advertising unpaid internships to their students and graduates? Did your university do enough to prepare you for the world of work? Has there been too much focus on widening access to university – and not enough on what happens after graduation?