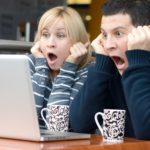 ISN’T IT FUNNY HOW INTERNS ARE SO POWERLESS? ER, NO, NOT REALLY…

“This internship means the world to me,” said Aquila, a 22-year-old from Kent, not realizing she was about to become the star of the first episode of E4’s on The Work Experience.

Many of us know that feeling. Sure, what happened next — during Aquila’s week-long, unpaid placement at fake firm “Grade PR” — may have turned out to be unusual, but her comment sums up perfectly the desperation of young people to get a chance to start their career, and how immensely significant getting that chance can feel. This is often something that older generations don’t understand because in their time the job market wasn’t the way it is now.

I’m not going to be a total killjoy. Although I — like many interns and former interns, I suspect — had had my doubts about The Work Experience from the appalling trailer, parts of it were very funny. The ridiculousness of “creative director” (and taste vacuum) Stussy, for example. And the pathetic way the boss Joanna tried to impress grime star Lethal Bizzle with talk of her “fam” and “yard” was cringe-inducing.

But the whole premise of the show still felt uncomfortable and I’m surprised that E4 — normally spot-on with their youth programming — got it so wrong. While the actors were entertaining, ultimately the joke wasn’t really on them — it was on Aquila and her fellow intern Thomas, 18. Even the show’s title “The Work Experience” is a reference to the fact that many companies can’t even be bothered to remember their current intern’s name. “Isn’t it funny that we consider our young, temporary staff so insignificant they’re actually nameless!” the show seemed to be saying. Er, no, not really.

That Aquila and Thomas didn’t know the whole thing was a set-up was just the start. Presumably thinking there were taking part in some kind of documentary, they were happy to chat to the camera and be filmed doing their jobs. What they didn’t know was that even when they thought they were off-camera, they were also being secretly filmed, Big Brother-style. (Isn’t that illegal?)

We all know that interns bitch about the boss in the stockroom (actually the camaraderie between Aquila and Thomas was the most touching part of the show). But filming this with hidden cameras felt like a step too far.

So too did the stress that the interns were put under during their placement — and the way they were spoken to. The final scene when the interns were “fired” looked genuinely horrible for them. And I was shocked at the amount of swearing, sexist and racist comments the interns were expected to put up with.

Discussions about images of white supremacists and Ku Klux Klan members advertising a black artist’s clothing range were particularly offensive — but when Thomas offered an opinion in a meeting, he was informed he was “full of s***”. Often the tasks simply set up the interns for failure (How can you arrange 10 black dresses in colour order?). Sure, we knew it wasn’t real — but Thomas and Aquila didn’t.

Again, the joke was on the interns — whose lowly status meant they were unable to object to anything that happened around them. “Isn’t it funny that young people are prepared to put up with appalling behaviour like this because they’re so desperate for a job!” the programme seemed to be saying. Again, no — not really.

The show did convey one thing well, however: the way interns are often given responsibility but without any training, supervision, rights or — of course — pay. When Aquila failed to arrange the black dresses in colour order, she was told to start over again. And when a major mistake was made later, Stussy told her “If I go down, I’m taking you with me”. How many interns have carried the blame when it was their lazy or incompetent manager who was really at fault?

Finally, the interns’ “reward” for surviving this horrific week. And guess what it was? Only a paid internship with a (real) PR agency! (Only in 2012 could a low-paid job be considered a spectacular prize).

But even this was problematic — because in order to gain that internship Thomas and Aquila had participated in a TV show that mocked them without their knowledge. (Presumably, agreeing that the footage could be aired was part of the deal when accepting the prize?)

Although amusing and (unintentionally?) insightful in places, The Work Experience proves what young people already know — that the rest of society now just accepts that being an unpaid dogsbody is a normal start to a professional career in the UK in 2012. It underlined how people from older generations (including the programme-makers) simply haven’t grasped how serious this issue is for us — largely because they don’t understand the scale of the problem and it seems to chime perfectly with the stereotype of today’s youth being lazy and incompetent.

Most unhelpfully, The Work Experience normalises the view that young people should be made to jump through hoops to get that elusive first experience — yes, even if that means agreeing for their desperation to be televised to the nation for entertainment purposes. As I said, only in 2012…

*DID YOU WATCH ‘THE WORK EXPERIENCE’?
Do you agree with Kayla’s assessment that the internship problem shouldn’t be used for entertainment? Or do you think that any programme that raises the profile of the issue is a good thing for young people?