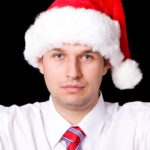 Christmas is looking bleak for unemployed young people, according to new figures, for which over 400 NEETS (16-24s not in employment, education or training – including graduates) were interviewed.

Nine in ten said they will struggle to afford the travel costs to social occasions to celebrate with their family and friends – and the same number said they won’t be able to afford festive gifts for their loved ones.

And the research, by youth support charity Future You, revealed some even more shocking stats. Seven in ten young unemployed people said they are struggling to pay their weekly food bills, and the same number can’t pay their rent or heating bills.

Even more worryingly, their finances are impacting their health. Almost half (47%) of young unemployed people said they don’t have the money they need for medicines and more than six in ten (63%) can’t afford dental treatment. Emma-Jane Cross, CEO and Founder of FutureYou (part of The BeatBullying Group) said:

“We know unemployment can have a devastating effect, particularly in the long-term, however this research shows the immediate impact it is having on the health and wellbeing of the many young people who are struggling to make ends meet.

“With Christmas just around the corner, it’s not surprising that young people are concerned about paying for things like travel and social occasions, but we shouldn’t underestimate just how isolating unemployment can be, particularly during the festive season.

“Young people tell us that the experience of being unemployed had left them feeling depressed, useless and hopeless about the future. If swift action is not taken, then we risk condemning an entire generation to an increased risk of future health problems, which could cost the country billions.”

Graduate Fog is extremely worried about these new statistics. Can it really be true that young people are having to go without food and medical necessities, because they can’t find a job?

*ARE YOU FEELING THE SQUEEZE THIS CHRISTMAS?
Are you cutting back on luxuries like gifts and going out? Or have things got so bad you’re going without essentials like food and medical necessities?