Are interns the new housewives? 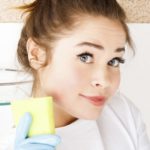 A blogger for a feminist website has suggested that interns are the new housewives, highlighting the parallels between “the precarious nature of their careers” and the “pressure on them to please their employer at any cost”.

In a piece for Jezebel called Are interns the new housewives?, Katie J.M. Baker also cites a recent Dissent magazine article in writer Madeleine Schwartz described how interns – “compliant, silent and mostly female” – have become “the happy housewives of the working world. (But are they really so “happy”?). ”

She also highlights Schwartz’s point that advice for unpaid interns “usually stresses their need to be adaptable, as well as enthusiastic, submissive, and obedient” and that adverts for unpaid internships often request that applicants are “flexible,” “energetic,” and “highly motivated with a positive attitude.” Yet all these demands are made despite the understanding that no wage will be paid for this person’s labour.

Schwartz also suggests that there is something sinister going on here – and that the power imbalance between employer and intern is inherently exploitative and unhealthy. She writes:

“By requiring that workers at the beginning of their careers learn these behaviors, employers don’t just introduce newcomers to an office environment, they teach them how to be grateful for whatever work opportunities they may have, no matter how unfruitful. No task should be too unpleasant and no job too much of an imposition for someone just happy to have the chance to work. It’s not enough to recognize one’s gratefulness for actually having a job. The key is in showing it. ‘Thank you for this opportunity,’ runs the mantra.”

And Baker – a former serial intern – seems to agree, saying:

“I have my dream job now, and I know part of the reason why is because, thanks to years of internships, I am “flexible, adaptable, enthusiastic, submissive, and obedient.” But that also means I feel uncomfortable about asserting myself while on the job.”

UK surveys regularly show that young women are more likely to intern unpaid than young men – but the reasons for this are clear. Is it because internships are more common in female-heavy industries like fashion and PR? Or because women are less likely to believe their work is worth paying for, so more likely to put up with poor treatment for longer? Or a bit of both? At the moment, we just don’t know.

What we do know is that there are plenty of male unpaid interns out there too (particularly in politics, TV, film and journalism) – which is why Graduate Fog has never really seen this as a gender issue.

But it’s an interesting idea, isn’t it? When you think about it, is any other group in society expected to be permanently cheerful, helpful and hard-working, despite not being paid a penny for their contribution?

*ARE INTERNS THE NEW HOUSEWIVES?
Do these bloggers have a point – are their parallels between housewives and interns? Or do you think the feminist press are hijacking a gender-neutral issue and turning it into a feminist cause? If you’re an intern, do you identify with being characterised as “silent” and “compliant” – and does it annoy you that you’re expected to be relentlessly cheerful and helpful, despite not being paid for your work?