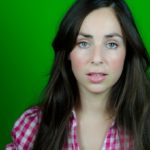 PRET A MANGER WORKERS MUST APPEAR “AUTHENTICALLY HAPPY” – FOR £6.25 AN HOUR

The sandwich chain Pret A Manger has been accused of making unreasonable demands on their young workers, expecting them to be all smiles at all times – despite earning a measly wage of £6.25 an hour.

Evening Standard columnist Richard Godwin – who regularly writes about the struggles young people face finding decent jobs and getting on the propery ladder – attacked Pret’s expectations of their staff, writing:

“The sandwich chain… require[s] its employees to maintain the ‘Pret Buzz’. The ‘Pret Perfect Worker’, according to its website, ‘never gives up’, is never ‘moody or bad tempered’ and always ‘creates a sense of fun’.

“That fun has to be real, too. ‘The authenticity of being happy is important – customers pick up on that,’ says one representative. So your personality must be right. Your colleagues will tell on you if you’re ‘only there for the money’. The money, by the way, starts at £6.25 an hour.”

Godwin also turned on the language being used by the Government lately, announcing controversial cuts to benefits. He wrote:

“For all the Government’s ‘strivers’ and ‘skivers’ rhetoric, their welfare reforms do not address the fact that most of the welfare bill goes on subsidising workers whose wages are not enough to live on. The only jobs being created are entry level positions. The standard unit of crappy employment used to be the McJob. Now you are required to be Pret Perfect Worker.

“You may not have enough to live on. You may be at the mercy of your company. But you are required to keep smiling as if everything’s okay.”

Like Godwin, Graduate Fog is concerned that many of the entry level jobs graduates are taking in 2013 are too low-paid to allow you to be financially independent, paying your own rent and bills in full from your wages alone. Instead, young people are remaining economically dependent – whether that’s on the state or on your parents – well into their twenties and beyond. When you look at it like that, is it any surprose young workers aren’t smiling?

*DO EMPLOYERS EXPECT TOO MUCH FROM YOUNG WORKERS ON LOW SALARIES?
Is it insulting to be asked to be cheerful at work, when you’re not being paid enough to cover your basic living costs? If you’re working for a low wage – or interning for next to nothing – how does that impact how you feel about your job? If you were paid more, would it make a difference to how you feel about your work?