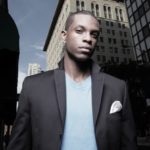 Employers are increasingly giving graduate jobs to younger applicants who haven’t been to university, new research suggests. Bosses say that the applications they receive from graduates “are simply not up to standard” – so they are widening their search to include younger candidates who can be taken on as apprentices.

A survey commissioned by totaljobs.com and the Association of Graduate Recruiters (AGR) found that almost half of employers (48%) confess to a shift from  graduates to apprentices when looking to fill entry-level roles. According to the findings:

Mike Fetters, graduate director at totaljobs.com, hinted that there could also be financial motives behind these companies’ decision to hire apprentices instead of graduates – and implied that younger candidates were easier to train and mould for jobs:

“With government funding available for firms that run apprenticeships, it is clear that employers are taking on and helping train entry level staff as a way of addressing a chronic shortage of skills.

“Too many of those we spoke to reported that the graduate applications they received were simply not up to standard. The organisations that needed employees with so-called STEM skills said they struggled finding enough graduates with appropriate degrees. Others said that recent university leavers lacked work experience, and the soft skill this brings. In such an environment, it is perhaps unsurprising that companies are looking to take on staff earlier to shape them for the roles required.”

These findings raise alarming questions for students and graduates. If employers are now saying they actually prefer school leavers to graduates, what is the point of going to university at all? Do you believe that school leavers are actually better for these jobs – or could it have anything to do with the fact that apprentice wages are only £2.65 an hour, while the minimum wage for anyone over 21 is more than double that, at £6.19 an hour?

*SHOULD APPRENTICES BE GIVEN GRADUATE JOBS?
Is it fair that young people who haven’t invested time, money and hard work in a degree should be viewed as more attractive candidates than university graduates? Do graduates really lack skills – or are employers just recruiting on the cheap, and taking advantage of the pitifully low apprentice wage (£2.65 an hour)?