“Don’t live in a big city? Good luck getting a graduate job” 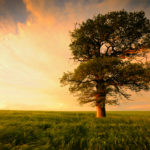 YOUNG, RURAL JOBSEEKERS HAVE BEEN FORGOTTEN, SAYS ONE GRADUATE

It’s tough finding a proper, paid graduate job at the moment, wherever you live. But when home is a long way from the nearest big city and you don’t have a car, rural graduates say it’s even harder to get a foot in the door.

Here, Graduate Fog meets Nik, 25, who lives with his parents in a small village in Northamptonshire. Despite graduating from Leeds University in 2011 with a first in English and completing his MA in Medieval Studies from the University of York, in September 2012, he is still hunting for a decent graduate job…

What did you think your life would be like, at 25?

“Like many graduates, I had high hopes of securing a place on a glamorous graduate scheme or the civil service. I assumed I’d be making my own money and living in a nice flat with friends somewhere by now. Instead, I’ve been unemployed for over four months and am yet to find any paid work. I have widened my search to include any sort of office or sales job, but even that isn’t happening. I’ve secured one interview with a local library but was told I was overqualified. At the moment I’m on the dole.”

You have a first and an MA! Why are you struggling to find work?

“I live with my parents in a village in Northamptonshire, five minutes from Corby, a former industrial town that has suffered massively during the recession. Proper graduate level entry jobs appear to be non-existent, even taking into account Leicester or Northampton which are half an hour away. Even basic admin work is difficult to come by, even in larger towns nearby like Corby or Market Harborough.”

So the problem is there simply aren’t enough jobs near you?

“That’s only half of the problem — my lack of transport is the other. When you’re not earning, it simply isn’t possible to run a car, and bus services in my area have been cut to the point that it’s a lottery whether they turn up at all. Being half an hour from Leicester and Northampton may not sound like an awful lot, but with a lack of a car or regular public transport, I may as well be in Scotland.”

If you can’t find a permanent job, can’t you do an internship?

“My friends and I all agree that internships are vital to securing a permanent job these days, but the kind of firms that offer internships seem to be limited to London, Manchester and other big cities. Commuting simply isn’t feasible unless you have parents who can afford to subsidise you. Everything seems to be so much easier when you live near a big city. Even getting to interviews in London or Manchester is difficult and expensive for me — and employers never offer to contribute towards these costs. Most of my undergraduate friends were from the South East originally and all of them are in some sort of work, whether full- or part-time.”

Don’t you have any contacts you could work?

“I took two years out prior to uni working for a local electronics firm — but since then they’ve made large-scale redundancies so there’s no hope of finding work there. Ironically, I delayed going to uni for two years so that I could save some money — which seemed like a smart thing to do at the time, but it really backfired. Many of my friends who went straight to uni or didn’t bother at all were lucky enough to get jobs before the recession hit hardest. Despite my best efforts to plan carefully, it feels like I’ve ended up graduating at the worst possible time.”

What do you wish you’d known when you signed up to uni?

“I didn’t realise what a huge disadvantage it would be living in a rural area, when job-hunting. When I go to the job centre to sign on every other week, I feel as though those of us living outside big cities have been forgotten. And I know I’m not alone — there must be thousands of us. A woman working at the job centre told me quite frankly that she didn’t know what to do with the number of graduates they were getting in. The support simply isn’t there, and neither are the opportunities. I’m worried about the lack of growth in the UK economy — and what that means for those of us trying to get our careers started. If a company is going to invest in the UK, it’s going to be in a big city with rail links and an airport. Where does that leave graduates like me?”

*DO YOU SYMPATHISE WITH NIK?
What’s your experience – is it harder to secure a decent graduate job when you don’t live in or near a big city? Or should Nik just work harder to make the most of the opportunities around him? If your parents live in a rural area but you’ve managed to find work, what tips do you have for any graduates who are still struggling to get their career started?