Monster: “We will remove adverts for unpaid internships” 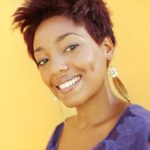 Monster.co.uk has become the first major UK recruitment website to pledge publicly that it will not support the advertisement of unpaid internships. The job board has announced that all postings must comply with the minimum wage law and any which do not will be removed from the site. (So if you spot any, just let them know!)

Monster.co.uk’s announcement comes following the news that Hazel Blears’ bill to make advertising unpaid internships illegal missed its scheduled second hearing on 2 February and will now be delayed indefinitely. The voluntary move by Monster shows its commitment to taking the lead on the issue, by making it clear that it will remove any job postings that do not comply with the minimum wage law. Andrew Sumner, Monster’s Managing Director, UK & Ireland, says:

“Monster fully supported the bill Hazel Blears proposed to clamp down on the promotion of unpaid internships. A healthy future economy relies on the investment businesses make in young people and we believe it’s important not to take advantage of those desperate to get a foot on the career ladder.

“We provide free advice via our UK site to make employers aware of the legalities surrounding unpaid internships and to ensure job seekers know what to expect from these placements. As a bare minimum, we insist in our terms and conditions that all job posts adhere to UK employment law. We vet and screen adverts placed on our site to advise our customers on compliance. And as an extra precaution Monster actively asks its users to report any suspicious job postings via a ‘report this job’ button. We will happily remove any postings that our users alert us to, if these are found not to comply with the minimum wage law.”

As regular readers will know, Graduate Fog has felt strongly for some time that a blanket ban on advertising unpaid internships would be hugely helpful for our campaign to make all internships pay at least the minimum wage. For too long, seeing adverts for unpaid internships posted all over the internet has given both employers and young people the distorted impression that the practice is legal, when it isn’t.

At present, too many people (both young jobseekers and employers) say to campaigners like us “But unpaid internships can’t be illegal – I see them advertised everywhere.” Currently, the widespread presence of these adverts undermines our fight, confuses the message and legitimises this illegal and damaging practice, which has proved to be a disaster for young jobseekers. We believe that removing these adverts would remove this confusion. Unfortunately, despite cross party support for Hazel Blears’ 10-minute rule bill suggesting these adverts be banned, its hearing seems to have been delayed indefinitely, after time ran out during its allocated session on 2 February.

Perhaps cynically, we had assumed that the recruitment websites would resist this move, claiming the quality, ethics and legality of the roles they advertise is not their responsibility. So we are impressed that Monster.co.uk is supporting young people by making it clear that unpaid internships that appear to break the minimum wage law will be removed from its site. The next question is: will the other job boards follow?

*NEXT! Find out what happens when we ask Milkround, TotalJobs, TargetJobs and the other big job boards to follow Monster’s lead! Follow us on Twitter @GraduateFog or find us on Facebook/GraduateFog. Or you can sign up to the Graduate Fog News Bundle (see right).

*ARE YOU IMPRESSED THAT MONSTER IS BACKING INTERNS?
Or is it long overdue? Should other websites do the same thing? Do recruitment websites have a responsibility not to facilitate the exploitation of young people — or is that purely down to employers? And should Hazel Blears try harder to get her 10-minute rule bill heard in Parliament, so that advertising unpaid internships is officially made illegal? PLEASE comment below to say what you think, as other job boards will be watching this space. Brief is fine!