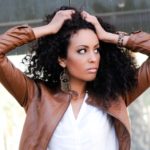 45% SAY THE EXPERIENCE IS WORTH IT

Bizarre new research has found that almost half of graduates think working for free doing unpaid internships “isn’t a problem”.

An astonishing 45% of graduates told TargetJobs that working for free isn’t a problem and said that getting experience was more important than getting paid. Only slightly fewer – 41% – would do unpaid internships more reluctantly (but would do them if it was necessary). Only 14% said they refused to work for nothing.

These shocking statistics suggest that despite major wins for the campaign for a fairer deal for interns in the UK in recent months, there is still much work to be done on educating students and graduates about why unpaid internships are so damaging – and why it’s so important they spread the word about the battle to get the minimum wage enforced for all workers, regardless of their age or what stage they’re at in their career.

Graduate Fog has questions about these graduates were who responded to the TargetJobs survey – as we know that unpaid internships most definitely are a BIG problem for most graduates in the UK. TargetJobs says respondents all came via their home page and social media channels and can provide no further details. So we are left to draw our own conclusions. What do you think? Were the graduates representative of the broader graduate population? If not, are they super-rich – or just naive?