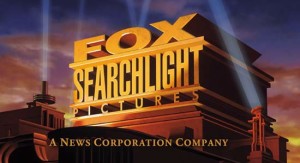 American interns are finally making progress in their fight for a fairer deal on pay – with two major cases hitting the headlines in the last fortnight.

First, the two Black Swan interns won their case against Fox Searchlight, after a federal judge in New York ruled that the film company had violated US minimum wage law by not paying the interns for their work on the 2010 Oscar-winning film.

And today it was announced that Gawker Media is also being sued – by three former interns, who claim that they spent up to 25 hours a week researching and writing blogs and promoting brand through social media.

Gawker’s founder and owner Nick Denton is named as the defendant in the lawsuit which claims “Gawker employs numerous other ‘interns’ in the same way, paying them nothing or underpaying them and utilising their services to publish its content on the Internet, an enterprise that generates significant amounts of revenue for Gawker.” The interns’ lawyer Andrea Paparella said:

“We don’t want to replace entry-level jobs with interns who aren’t being paid. Not everybody can afford to take an unpaid job when they graduate college. And they could be shut out of certain industries if this was a norm of having certain industries having unpaid internship programs. Minimum wage law says, even if a person agrees to it, you can’t pay them less than minimum wage. Imagine what the implications would be. It would make minimum wage meaningless.”

Up to 1 million young people – mainly college graduates – intern unpaid in the United States every year. But so far the campaign for a fairer deal has been much slower to gain momentum than in the UK.

This seems to be down to the vast scale of the country (which makes it difficult to create a cohesive campaign), the complexity of their minimum wage law (which is complicated by small print about the ‘educational’ properties of some unpaid internships) – and cultural hard-wiring (the fact that the US is widely considered to be the birthplace of the ‘internship’).

Graduate Fog is pleased to see our American friends at last making progress in their battle. US campaigners face slightly different challenges, but the principle is the same. Young people have a right to be paid a proper wage for their labour – wherever they live in the world.

*DO YOU SUPPORT AMERICAN INTERNS’ FIGHT FOR JUSTICE?
Tell us what you think below!