Think it’s tough being a graduate? Spare a thought for those without a degree 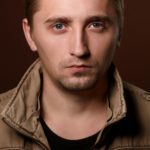 Now is not an easy time to be a job-seeking graduate – but new figures suggest that things are even bleaker for those who haven’t been to university. The latest figures are “shocking” and “shaming”, experts say – as young people with all levels of education are being abandoned to their fate.

New figures published show that young people in the UK face being unemployed for more than two years before they reach the age of 30. A study by the Organisation for Economic Co-operation and Development (OECD) – comparing education across the world – shows that twenty-somethings in the UK can expect to be out of work for longer than those in Australia, Canada and much of Europe. But the report found investing in education pays off in the long run. The likelihood of being out of work drops dramatically the more education a person has, with students who carry on studying after secondary school less likely to find themselves unemployed.

In comments that may surprise many of Graduate Fog’s readers, OECD’s deputy director for education and skills Andreas Schleicher insisted the labour market shows no sign of being overloaded with graduates. Instead, it is the unskilled jobs that have been disappearing, leaving those without qualifications vulnerable to unemployment, he said. There has always been an earnings gap between graduates and those less well qualified, but the OECD says that this widened even further between 2009 and 2011.

According to the OECD’s figures for 2011, people aged between 15 and 29 in the UK spend on average 2.3 years unemployed, compared with 1.7 years in Germany and 1.1 years in the Netherlands. More recent anecdotal evidence – including posts on this website – raise concerns that this could be even longer today. Sir Peter Lampl, head of the Education Endowment Foundation, said:

“Our one million NEETs [young people not in employment, education or training] are a shaming testimony to our collective failure to get vocational education right and the OECD is right to highlight how poorly we compare with many other countries. We can’t afford the economic and social cost of such shocking dropout levels. If young people don’t develop their skills in work or education, they lose what they have learnt and become unemployable.”

Graduate Fog’s thoughts: If we’re saying graduates are doing well, what on earth is life like for non-graduates?

*DO YOU HAVE SYMPATHY FOR THOSE WITHOUT A DEGREE?
Or is it fair that those who invest their time, work and money in gaining further qualifications tend to fare better in the jobs market? Are you shocked to hear that those without a degree are doing even worse than you? Should politicians be doing more to fix the UK’s youth unemployment crisis? Share your views on this story below!