D’oh! Graduates blank small employers – even though they have most of the jobs 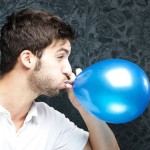 Graduates may be missing out on a whole host of job opportunities by snubbing smaller companies to chase after jobs at the big firms, according to new research by Santander UK.

The study showed that just one in eight students would want to work for an SME (small to medium sized firm, with less than 250 staff) as their top career choice.

Considering SMEs make up 59% of private sector jobs, this study reveals that graduates could be missing out on vital jobs if they choose to only focus on the giant employers in their field.

The study also showed that one in four students are unaware of the jobs on offer at smaller firms. Luis Juste, director of Santander Universities UK, said that more should be done to educate graduates on the career opportunities in smaller firms:

“It’s great to see that working for an SME is the number one career choice for one in eight of those polled, but we believe this could, and should, be significantly higher.”

But twice as many graduates end of working for an SME, with one in four recent graduates currently employed by a smaller firm.

Graduates living in London, where many of the bigger employers are based, are the least keen to work for a small firm – only 8% said it would be their first choice. Graduates in Northern Ireland were the most keen, with one in five saying they would choose a small employer.

The study was based on interviews with 2,000 students and graduates across the UK – and the results were announced as the banking giant said it would be expanding its internship programme, helping to fund 1,500 paid student internships at SMEs to help promote the positives of working in smaller firms.

As we reported earlier this month, there are 43 applicants for every place on the big graduate schemes. In contrast, SMEs frequently tell Graduate Fog they are struggling to find enough good quality candidates. Is it time for job-seeking graduates to adjust their expectations and consider all their options?

*ARE YOU APPLYING TO BIG FIRMS, SMALL FIRMS – OR BOTH?
Are you holding out for a job with a big-name graduate employers? Or are you applying to smaller firms? What are the pros and cons of starting your career with a small firm, versus a big firm? Tell us in the Comments below!