Graduate forced to dance for a job at Currys 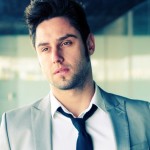 DO EMPLOYERS TAKE THE MICK OUT OF YOUNG JOBSEEKERS?

A university graduate has said he was asked to dance to a Daft Punk track during a job interview at Currys, the electronics superstore, saying he felt “degraded”, “crushed” and stripped of his “professional dignity”. The case has sparked a wider debate among young jobseekers about the way you are treated by employers during the recruitment process. Some say that you have been asked to complete tasks or answer questions that seem unrelated to the role you’ve applied for. Others hate the idea of video CVs, or feel uncomfortable with the screening ‘challenges’ recruiters set. And many more of you simply complain that too much time and effort is expected of candidates at the application stage – when many employers don’t even bother to respond.

Alan Bacon, 21, had applied for a role at the Cardiff branch of the chain, after finding job-hunting ‘extremely hard’ because of the fierce competition. He turned up for a group interview as requested but was left ‘incredulous’ when the applicants were expected perform a dance. Alan – who has applied for 300 jobs since graduating – told the BBC:

“I think everyone initially thought it was a joke – but they were serious. It started with a cheap clip art image on the board of two people dancing then they said, guess what we’re going to make you do now? Dance.”

Alan left the University of South Wales in July with a degree in documentary, film and TV – and moved to Cardiff in hope of finding work. With ambitions to make science documentaries, Curry’s had advised him that he would have five minutes in which to talk about his hobbies and interests. But instead of showcasing his abilities, Alan found himself robot-dancing in front of a group of strangers. He remembered:

“I’d spent the past week researching the company and looking forward to being able to express myself and talk about what I love doing. I just felt so embarrassed and uncomfortable. Another older gentleman had been made redundant from a past job of 20 years and had just had a child. He really needed the job, but watching him dance to rap music was sad.

“I’ve been to quite a few job interviews and have never had to do anything like it before. On the surface I had to look positive – I was smiling and laughing along with it – but inside I felt degraded. The minute you start making someone dance before asking them any questions you wash away any professional dignity and leave them feeling crushed.”

Despite the humiliation, Alan was rejected and is still looking for work. Curry’s has apologised for the bizarre interview segment, admitting that the ‘team building exercise’ was not part of its official recruitment process. A spokesperson said:

“We are very sorry to those interviewees impacted on this occasion and would like to invite them back to attend an official interview where they will be given a proper opportunity to demonstrate how they can contribute to our business.”

Graduate Fog is seriously unimpressed by this story – but it is good that a wider debate has been opened about the way some employers treat young jobseekers as part of their recruitment process. We have had dozens of complaints from graduates who feel they have been asked to complete tasks – or answer questions – that seem unrelated to the role they are applying for. Others say you are required to spend hours on your application – yet often receive no reply at all. With so many young people enduring the job hunt day in, day out – often with very little response from employers – it is fair that they should expect more respect than this.

*DO YOUNG JOBSEEKERS DESERVE MORE RESPECT?
Has an employer ever asked you questions that didn’t seem related to the job you were applying for – or asked you to perform a task that seemed inappropriate or unfair? Are unreasonable demands routinely placed on young jobseekers? For example, is it fair that you are asked to spend so long on your application – yet often receive no reply at all? Are assessment centres and interviews too time-consuming – and is it fair that you’re expected to pay your own travel expenses?