Born after 1980? Don’t expect to feel the benefits of the economic recovery 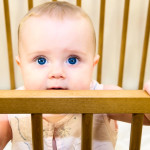 Politicians are celebrating as new figures show that the UK economy is recovering – but critics insist that the country’s young people are far from feeling the benefits of any uplift yet.

While overall unemployment and the number claiming jobseeker’s allowance (JSA) has fallen, youth unemployment is up slightly. The number of people in part-time work because they can’t find full-time work (a common complaint among Graduate Fog’s users) is the highest it’s been since records began. In George Osborne’s cruel lessons for generation Y London Evening Standard’s thirty-something columnist Richard Godwin wrote last night:

“If you’re renting in Mile End, another surge in house prices is likely to fill you with despair, not elation.

“A teenager on a zero-hours contract in Enfield may wonder what he’s supposed to do with a 0.7 per cent rise in GDP, just as an unemployed history graduate in Woolwich will struggle to see how a new car plant in Solihull will help her job prospects.

“Meanwhile, a retiree in Richmond whose experiment with the buy-to-let market is paying off very nicely, thank you, may wonder what all this recession business is about.

“To put it another way, any economic forecast is a generalisation that conceals huge inequalities and inequities. Generation Y (those born 1980-2000) have very good reason to feel that Osborne is describing a country to which they don’t belong.

He also attacked employment minister Iain Duncan Smith for labelling young people an “X Factor generation” of “job-snobs” who believe that “success is not related to effort or work”. What do you think? Do you agree with Richard? Have young people been forgotten in this supposed economic uplift?

*ARE YOU FEELING THE BENEFITS OF THE ECONOMIC RECOVERY?
Does it seem that there are more jobs around than there were six months ago? Do you have more money in your pocket? How confident are you that your financial situation is improving?