Graduates not ‘job ready’ say more than half of bosses 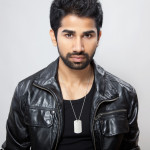 BUT WHOSE FAULT IS IT IF YOU NEED MORE TRAINING?

More than half of the UK’s biggest employers have complained that ‘none or few’ of the graduates they have taken on this year were ‘job ready’ (in other words, ready to start doing useful work on their first day).

But is it fair to expect graduates with little experience of the workplace to have all the necessary skills when you’ve only just left uni? And don’t employers have a responsibility to help you bridge this skills gap, rather than just whinging that young people aren’t up to scratch?

The survey also raised questions about the value young people are getting from their degree as it emerged that some universities have a ‘positive outcome’ record of less than 50% – meaning less than half of their graduates go straight into a professional job or period of graduate level further study.

Alistair McCall, one of the editors of the Good University Guide, said:

“University prospectuses are now full of programmes and initiatives promising to give students more than just a degree. They say they will equip students with the skills they need to make them more attractive to employers.

“The YouGov survey findings suggest this is an investment that is sorely needed. With the typical degree now costing £27,000 in tuition fees alone, students have a right to be better prepared for the battleground that is the graduate jobs market. The survey also shows how crucial it is to make an informed choice of course and university when investing so much money in a degree.”

Graduate Fog agrees that there is a clear skills gap between what employers want and what graduates are capable of – and it is clear that universities must do much more to help their graduates into work. But we question the assumption that this is wholly the universities’ responsibility. What about the employers – why aren’t they doing more? As the eventual beneficiaries of this skilled workforce, aren’t they ideally placed to show young people exactly what skills they want? Nobody has ever said that universities should be hot-houses churning out ‘work ready’ graduates. Universities are there to teach young people to think, reason, present and argue. When are graduate employers going to stop whinging – and start helping?

*ARE YOU SICK OF EMPLOYERS’ GRADUATE-BASHING?
Does it irritate you that they are always telling graduates what a disappointment you are – rather than doing anything constructive to help make you ‘work ready’? Do you think your skills really are as poor as they claim – or are they deliberately undermining your confidence so you’ll be more grateful and less demanding if they offer you a job? Is it your university’s job to train you for work – or should employers share this responsibility too?