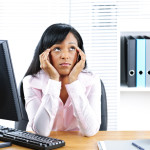 THEY’RE BAD – BUT MAKE SURE YOU ADVERTISE THEM WIDELY, HE SAYS

David Cameron has sent out a confusing message to employers on the subject of unpaid internships – condemning the practice while insisting it’s important the positions are advertised widely.

Muddled? Us too. To clarify, the Prime Minster thinks it’s really bad when young people are exploited and asked to do real jobs for no pay. But if companies are going to do this they should at least advertise the positions widely, so everyone gets a chance to at least hear about the position, even if the vast majority can’t afford to do it.

Still, it’s progress of sorts. At least he’s finally acknowledging this HUGE SOCIAL, CULTURAL AND ECONOMIC PROBLEM THAT’S BEEN AFFECTING HUNDREDS OF THOUSANDS OF YOUNG PEOPLE AROUND THE COUNTRY (plus their parents) FOR YEARS, STIFLING HOPE AND ASPIRATION AND STALLING SOCIAL MOBILITY AMONG THE UK’S BRIGHT, HARDWORKING YOUNG PEOPLE.

What prompted him to speak out? We’re not quite sure – but it seems that Labour MP and (staunch intern supporter) Hazel Blears has finally worn him down. Teaming up with the well-established PR firm Golin Harris to champion paid internships in the world of public relations, she seems to have asked for the Prime Minister’s backing – and he felt compelled to write to her, saying the exploitation of interns is “unacceptable”.

Had he stopped writing there, we’d have been happy. Unfortunately, he kept going. Squaring up to the entire online recruitment industry – which recently collaborated to ban adverts for unpaid internships – Cameron said that although exploitative internships were bad, it was vital that they continued to be advertised widely, banning such ads would make the internships available to only the best-connected young people “through informal and privileged networks”.

Would any of Cameron’s people care to explain to him that if an internship is unpaid it is only ever going to be available to the “privileged”, whether it’s advertised or not? Oh dear…

DOES THE PM REALLY CARE ABOUT INTERNS?
Have your say below!