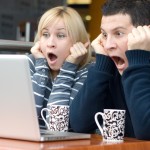 UNDER-25s TO BE STRIPPED OF HOUSING BENEFIT, AS WELL AS JSA

People under 25 will lose their housing benefit unless they are “earning or learning”, David Cameron has announced. That will include graduates who have invested tens of thousands of pounds on their university degree — only to find they are unable to find a proper, paid job that fits their skills and qualifications. It is the latest development in what appears to be a sustained attack aspirational young jobseekers who are perceived to be turning down work.

Outlining new plans for a major overhaul in benefits to 18- to 24-year-olds, the prime minister said that in the future no one in this age group will be entitled to dole or housing benefit unless they are in work, training or education. He told the Conservative Party conference:

“Today it is still possible to leave school, sign on, find a flat, start claiming housing benefit and opt for a life on benefits. It’s time for bold action here. We should ask, as we write our next manifesto, if that option should really exist at all. Instead we should give young people a clear, positive choice. Go to school. Go to college. Do an apprenticeship. Get a job. But choose the dole? We’ve got to offer something better than that.”

He claimed plans would help “equip the vulnerable for the global race” and insisted it was wrong to “paint ideas like this as callous”, saying the state should act like parents would towards their children. He told the conference:

“You’d nag and push and guide and do anything to get them on their way.”

The proposal goes further than the idea suggested by Mr Cameron last year to take away housing benefit to the under-25s, in or out of work. The idea as discarded — but in recent months the Tories have been steadily cranking up the pressure on welfare claimants in their eagerness to cut the country’s £57 billion-a-year benefits bill. The latest suggestion comes days after chancellor George Osborne said the long-term jobless would have to do voluntary work or lose their jobseeker’s allowance (JSA). Initially, it was assumed little would happen before 2015 because of opposition from Liberal Democrat coalition partners – but in an interview today, Nick Clegg suggested today that he would back both Cameron and Osborne’s plans.

Details of how the benefits would be withdrawn, and any groups exempted, will be included in a review into Britain’s complex patchwork of youth unemployment initiatives now being led by the cabinet secretary, Sir Jeremy Heywood. Tory sources said JSA and housing benefit would be removed from anyone unreasonably turning down the offer of work or education.

But the idea of denying young people their benefits widely condemned, with critics saying it would damage the lives of countless young people. TUC general secretary Frances O’Grady said it would “push hundreds of thousands of young people, including those with young families, even deeper into poverty.” And the University and College Union urged Cameron to “move beyond glib and superficial analysis of youth unemployment and its causes We will not resolve this massive problem by forcing young people into unstable, low-paying employment or inadequate training.”

Whitehall has already acknowledged has been the failure of its chief youth unemployment initiative, the £1bn three-year youth contract. Employers have proved deeply reluctant to offer work placements to young unemployed people at the subsidy levels offered by the youth contract. “The average school leaver doesn’t have a clue about which government departments or agencies look after the schemes that are out there to help them,” Clegg conceded. The Institute for Fiscal Studies says 410,000 under-25s were currently on JSA, costing £1.2bn a year. A further 380,000 are on housing benefit, costing £1.8bn. The housing benefit claimants who are in work will not be affected. Tory sources said there would also be exemptions for people in care, disabled people and probably single parents.

The proposal was the only policy announcement in a speech dedicated to setting out the prime minister’s vision of a society in which there is opportunity for all.

*WHAT DO YOU THINK OF THE NEW ‘EARN, LEARN – OR LOSE YOUR BENEFITS’ PLAN?
Is it fair to strip young people of their welfare payments if they aren’t in work or education? Is the government doing enough to support young people, create jobs and help them into work? Or do you feel as though you are being punished for following advice to invest in your education – only to find that you can’t get a good job once you graduate? Is it right that young people should have to accept any job they can get, or does investing tens of thousands of pounds in your degree give you the right to hold out for a graduate level role that pays a decent wage?