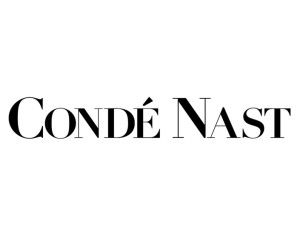 A leading US publishing house is to stop its unpaid internship programme, after being sued by two former interns who claim they worked there for less than $1 an hour. Its UK office has also confirmed to Graduate Fog that it no longer has unpaid interns working there.

CondÃ© Nast – whose titles include Vogue and GQ – is currently being sued by two former interns at the New Yorker and W magazine, who claim they worked up to 14-hour days. CondÃ© Nast did not confirm the decision, but one of its titles, Women’s Wear Daily, reported that the group would end its internship programme next year after current placements had finished. Meanwhile, the UK office of Conde Nast has confirmed to Graduate Fog that all its six-month internships are paid the national minimum wage. Its two-week work experience placements are not – but the nature of those positions is unclear.

US law is slightly different from UK law on unpaid work. In America, employers are allowed to take on unpaid interns provided they receive beneficial, educational training and that they are not a substitute for paid employees. But a wave of legal cases – including the Black Swan interns – has stoked debate over whether interns are being exploited. A former intern’s case against the magazines Harper’s Bazaar is also moving through the courts.

The pair suing CondÃ© Nast claim the law was breached because the publisher was gaining an advantage from their labour. Lauren Ballinger, who worked at W magazine in 2009, compared her work there unfavourably with Anne Hathaway’s experience in the film The Devil Wears Prada, after she spent days packing accessories for editors. The other, Matthew Leib, said he was paid between $300 and $500 for the two summers he worked for the New Yorker’s cartoon archives. Rachel Bien, the lawyer representing Ballinger and Leib, said it would be “prudent” for CondÃ© Nast to scrap its internship programme, adding:

“We’ve focused on cases where we’ve seen interns doing real work and not having training or educational experience, and on companies that we feel are most outside of the law.

“It’s become a practice in certain industries — media and fashion especially — for people to work without pay, and what we’re trying to say is, this is not right. Other industries would never do this, so we want to bring these ones into line with the norm.

“Some people feel that they have to exploit themselves to get their foot in the door — and only certain groups are able to work for no pay, more affluent people — so the best-case scenario would be that companies hire interns but pay the minimum wage.”

When, when Graduate Fog approached Conde Nast’s UK office to confirm their position on internships, a spokesperson said:

“CondÃ© Nast in the UK offers internships for six month periods, which are paid at the national minimum wage.

“In addition to the six month internship scheme, we also offer work experience placements for a maximum of four weeks. These placements cover lunch and travel expenses.”

The media and fashion worlds are renowned for their exploitation of young workers – and Conde Nast is an influential presence in both those industries. While it is unfortunate that such an esteemed publishing house has to be taken to court before it will examine its hiring practices, Graduate Fog hopes that other organisations will sit up and take note of this important change.

*ARE THINGS IMPROVING FOR FASHION AND MAGAZINE INTERNS?
Does the closure of Conde Nast’s internship scheme respresent a significant win for interns? Do you think other fashion brands and magazines will take notice and follow suit? Or is unpaid work in fashion and media so endemic it is impossible to stamp out?