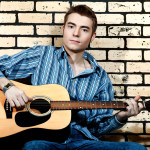 Job centres for under-25s should be scrapped as they stigmatise and demoralise young people seeking work, and MP has said. At present, under-trained staff in the “high street holding pen”-style offices are leaving millions of 18-25s feeling “shrouded in shame” as they try to hunt for jobs.

Speaking at a school in east London, Labour MP for Tottenham David Lammy claimed many Jobcentre advisers are “box tickers” who lack the specialist skills needed to advise youngsters. Worse still, they are pushed to see too many claimants, to achieve too many sanctions, and to realise ‘job outcomes’ rather than suitable, satisfying, long-term careers. Lammy said:

“Our job centres do not work for young people. The system is broken and it is time for us to fix it. It is not the advisers’ fault — it is just the nature of the beast. But it is a beast that we must slay.

“The JobCentre Plus system is tired, clunking, and poorly placed to meet the changing needs of young people in a fast-changing labour market.

“We cannot fix the local causes of unemployment with a one-size-fits-all national programme — it is time to get rid of job centres for young people.

“We need a system which emphasises young people’s potential for work, not their need for benefits.

“Our young people are entrepreneurial. They are creative. They are flexible. They are everything our job centres are not.”

Lammy also said it was time to scrap the “damaging” link between Jobcentres and claiming benefits, and spoke about the wider implications and long-term effects on people who remain out of a job, adding:

“Unemployment scars young people for life, leading to lower earnings, lower self-esteem and worse physical and mental health for life, not just for the period of unemployment.

“It is time to wake up and realise that the shame is on us. We have allowed unemployed young people to be seen as a problem to be solved, rather than potential to be nurtured.

“We need programmes that seek to integrate young people into the job market, rather than see them become increasingly isolated from it.

“We cannot afford not to do this. Our generation of politicians will be judged on how we rise to this challenge. If we carry on doing the same thing, we will get the same results. It is time to end job centres.”

But a spokesperson for the Department for Work and Pensions insisted the current system is working well, saying:

“We are absolutely determined to do everything possible to help young people into work and give them the best chance in life.

“Every day, Jobcentre Plus advisers up and down the country are successfully helping young people realise their aspiration to move off benefits and into work.

“Through the Youth Contract we’ve hugely increased the number of work experience placements and apprenticeships to give young people the help they need to find a job, and by offering employers wage incentives worth up to £2,275 we are helping businesses to take them on.

“It’s really encouraging that there are 79,000 fewer young people claiming Jobseeker’s Allowance than there were in 2010, and that the number has been falling for the last 16 months.”

Graduate Fog regularly hears from jobhunting graduates who are disappointed and frustrated at the poor advice and service they have been offered by their local job centre. You also say that your interactions with job centre staff drain your confidence further. Do you agree with David Lammy – that it’s time for a complete re-think on what sort of help young jobseekers need, in order to find?

*SHOULD JOB CENTRES BE SCRAPPED?
If you’ve used your local job centre, what was your experience like? Do you agree that they don’t work for young jobseekers? If your experience was poor, was that down to the “box ticker” staff you spoke to – or is there a bigger problem with the whole idea of a job centres?