A fifth of firms plan to hire more graduates in 2014 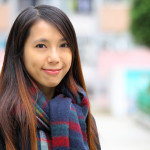 BUT LOW WAGES AND SHORT-TERM CONTRACTS WILL STAY

If you found it tough to land a graduate job in 2013, we have good news. It should be a bit easier in 2014. More than a fifth of firms say they plan to hire more graduates in 2014 than they did in 2013, according to a new survey of employers.

The revelation came amidst good news in general for jobseekers, as over half of companies said they plan to start hiring more in 2014. Of the employers surveyed, 51% said they expect their workforce to be larger — not smaller — than it is now.

But questions have been raised about the type and quality of these new jobs. According to the results of “On the Up” — a survey by Accenture and the CBI — wages look likely to remain low and employers are keen to continue to use short-term contracts, rather than taking staff on permanently.

Or, as the CBI’s press release puts it:

“The survey revealed a continued cautious approach to pay, and underlines the vital role played by flexible contracts in underpinning growth and job creation.”

Although there should be more jobs around, it seems few employees are set to get much in the way of a pay rise in 2014. Although the proportion of firms saying they plan to freeze pay has dropped to a new low of 8%, employers are still feeling pretty tight-fisted.

More than a third (39%) of employers said the pay rises they have planned will be below inflation, meaning workers will still feel poorer than they did this time last year. Four in ten (42%) plan rises in line with inflation — and only 7% are set to raise pay by more than inflation.

And graduates hoping that employers could soon be forced to pay a more generous ‘living wage’ have been disappointed. Although the living wage is a useful “voluntary reference point”, the majority of firms have rejected the idea of a mandatory wage higher than the National Minimum Wage.

Four in ten (42%) saying wages can only rise in line with productivity gains (for instance through higher skills). Only 12% of firms said there should be any legal obligation to the living wage.

There was more bad news for graduates hoping to find permanent, paid work with regular hours. Almost all firms (97%) said they see flexible employment patterns, such as use of agency workers and zero-hour contracts, as either vital or important to the UK economy.

Respondents said that they enable companies to cope with fluctuating demand, respond rapidly to growth opportunities and provide a stepping stone into work for those vulnerable to long-term unemployment, as well as offering choice to those who don’t want full-time work.

“The minimum wage successfully acts as a floor on pay, protecting workers while ensuring jobs can continue to be created. The living wage can only remain an aspiration that helps some firms pay more, but it must remain voluntary. Moving to a statutory approach would undoubtedly hit jobs and opportunity.

“Most businesses believe that flexible employment patterns, including agency and zero-hours work, are a critical tool when demand fluctuates and a firm needs to react quickly. These contracts create opportunities for people looking for work that might not otherwise exist, and also attract investment to the UK.”

Graduate Fog is pleased to see some optimism returning to UK businesses — but we are concerned that they sound reluctant to translate their confidence into improved pay and contracts for their young workers, including graduates. If things are starting to improve, it is vital that the gains are shared fairly among employees at all levels of an organisation.

*WILL THINGS IMPROVE IN 2014?
Are you hopeful that more jobs will become available for young people next year? Will these be good jobs — or are you worried that wages will stay low and contracts will be precarious?