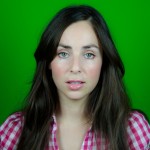 Graduates working for the minimum wage should brace themselves for disappointment – George Osborne has cautioned against a proposed pay rise for those receiving the lowest legal wage. Forcing employers to pay their staff more could be “self-defeating” if it reduces the number of jobs available, the Chancellor has argued.

Cabinet ministers – including work and pensions secretary Iain Duncan Smith and business secretary Vince Cable – are pressing for an extra 50p to be added to the current hourly rate of £6.31, representing an above-inflation boost.

Supporters of the idea say there is much evidence that it’s a good plan – as it could share wealth more fairly and reduce the benefits bill (since those in low-paid job would need less government help to top up their wages to an amount they can live on). But George Osborne has so far failed to back the idea, saying he fears forcing employers to their staff more could result in a reduction in the total number of jobs on offer.

Asked if a big rise was on the cards, Osborne said:

“I think everyone wants to see an increase in the minimum wage. But it has to be done in a way that doesn’t cost jobs, because that would be self-defeating.

“We have a low pay commission as a body that exists to make exactly that judgment.

“What we have got to do as a country is get the balance right between supporting business, growing our economy and making sure it is a recovery for all, and that is what our long-term plan is all about delivering.”

Thousands of graduates are currently working for the minimum wage, whether they’re in low-paid “stop-gap” jobs (like shop work or bar shifts) or just-legal paid internships in an area they’re hoping to build a long-term career. One of the most popular pages on this websites is  the debate “Can you live on the minimum wage?” (The conclusion seems to be a resounding “No.”) The low-pay commission is due to report on the issue next month, and submit recommendations that will balance boosting salaries without risking jobs. Graduate Fog will keep you up to date as this story develops…

*SHOULD THE MINIMUM WAGE BE INCREASED?
Are you working for the minimum wage? Do you think it should be increased – or could forcing employers to their staff a pay rise jeopardise the number of jobs available?