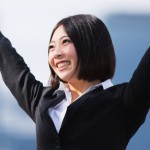 There is good news for graduates earning the national minimum wage – Britain’s business leaders have announced they are backing a proposed 3% rise recommended by the Low Pay Commission. The bad news? That’s only a jump of 19p an hour.

The news following months of complaints that the current minimum wage is nowhere near enough to live on, and that British taxpayers are effectively subsidizing profitable businesses which choose to pay their staff ‘poverty wages’ simply because they can. If the rise goes ahead, the wage for over-21s will jump from £6.31 to £6.50 an hour.

A spokesperson for the Confederation of British Industry (CBI) – which represents 250,000 public and private sector organistations – responded yesterday to Vince Cable’s comments that the Low Pay Commission has recommended a 3% increase to the national minimum wage.

“A 3% rise recognises the improvements we’re currently seeing in the economy. The LPC has made a sensible judgement on the increase, and not recommended an unaffordable rise that would put jobs at risk.”

If the rise goes ahead, it will be the first time in six years that the minimum wage has been boosted by more than the rate of inflation, bringing it more in line with the cost of living. TUC General Secretary Frances O’Grady said:

“This is a welcome increase in the minimum wage, which starts to recover some of the ground it has lost since 2008.

“We hope this is the first in a series of bolder increases that will give real help to the low paid, and not just a pre-election boost.”

But even with this rise, the minimum wage will still fall well short of the so-called Living Wage, which is £8.80 an hour in London and £7.65 outside the capital. And critics pointed out that earnings for the lowest-paid are still meagre next to the rising cost of living. The general secretary of the Unite Union, Len McCluskey, called the proposed rise a “slap in the face for low paid workers,” adding:

“An hourly rise of 19p for adults is an insult when the minimum cost of living has increased by a staggering 25% since the beginning of the economic crisis.”

Graduate Fog is pleased to see strong indications that the minimum wage could be set to rise, as we know many of our readers are struggling to get by on very low incomes. But we are concerned that an extra 19p per hour will not make a much difference. After all, if you’re working an eight-hour day, that’s less than an extra £2 per day. Isn’t it high time that the mis-match between wages and the true cost of living was addressed properly?

*WILL THE MINIMUM WAGE RISE AFFECT YOU?
Are you a graduate earning the national minimum wage? Will the proposed 19p increase make a difference to you? If you’re earning more than that salary, are you annoyed that your taxes are effectively being spent boosting the profits of businesses who continue to pay their staff less than they need to live on? In theory, should the minimum wage be enough to live on without government support? Or could a large, compulsory increase to the minimum wage mean employers hire fewer staff?