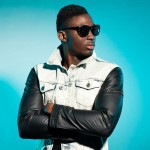 NEW £9,000 FEES POLICY SET TO COST MORE THAN THE SYSTEM IT REPLACED

How confident are you that you’ll be able to repay your entire student loan? The proportion of graduates struggling to pay back their student loans is now so high that experts predict the new £9,000 fees system could soon cost more than the old one it replaced.

As hundreds of thousands of UK university graduates struggle to find paid, permanent work, large numbers have not even started paying back their student debt. As the Guardian’s Hugh Muir puts it:

“There is simple economics here; too many graduates chasing too few jobs in a labour market slimmed down by government austerity measures. Many who have taken out the loans can’t find jobs, so they don’t pay; but those who do find employment are paid so little in an over-supplied market that they don’t reach the threshold at which they have to pay.”

The universities minister David Willetts confirmed that the write-off figure is rapidly approaching the 48.6% mark. This is the threshold at which experts calculate that the government will lose more money than it would have saved by keeping the old £3,000 tuition fee system. Against a backdrop of serious student violence in December 2010 ministers said that the tripling of tuition fees was necessary to save money in a time of austerity.

Lower pay for young adults, an over-supply of those with degrees and the worsening economic outlook have all contributed to the revised civil service forecasts which conclude that far fewer graduates will earn enough to pay back their loans over their working lives. Four months ago Willetts notified parliament that the rate had risen to 40% from 35%. In 2010 the estimate was 28%.

“This is fresh evidence that our university finance system is turning into a money pit. The system is now haemorrhaging cash that will never be repaid and reinvested in the next generation.

“It’s high time David Willetts came out and told us exactly how much this strung-together system is costing the taxpayer, rather than dress it up with clever accounting tricks… Their funding model fails the sector, it fails our students and it fails those whose hard earned wages continue to prop it up.”

Under the new system graduates repay their loans only when they are earning over £21,000 — and repayments are linked to earnings. But readers of Graduate Fog tell us that in many sectors graduate starting salaries are well below that threshold – with many university leavers starting their working lives not being paid anything at all, in the form of unpaid internships. In time, your salary may be pushed up to the minimum wage (or perhaps around £15,000 – £17,000) but from there it is still a long way to £21,000.

*HOW CONFIDENT ARE YOU THAT YOU’LL PAY BACK YOUR WHOLE LOAN?
Have you started making repayments yet – or aren’t you earning enough yet to have to? Do you expect to repay the full amount? Are your friends struggling too? Share your views below!