Government “got its maths wrong” on tuition fees, adviser admits 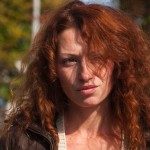 A key government adviser has admitted the government “got its maths wrong” when calculating the new maximum of £9,000 per year figure for tuition fees – but the universities minster has refused to rule out a further increase in the loans students must take out in order to gain their degree.

The comments were made after it emerged last week that almost half of loans will never be repaid, as hundreds of thousands of graduates struggle to find the well-paid jobs they were led to believe would be there for them when they graduated. Instead, many of you tell us you are stuck in low-paid stop ‘gap jobs’ or doing endless unpaid internships.

And – shockingly – the universities minister has suggested that the fees owed by graduates after university could even go UP in future.

When asked whether he would consider raising tuition fees after 2015, the David Willetts said the government would “have to see how the income of universities performs”.

Last week the Guardian revealed what appears to be a massive miscalculation by the policy-makers behind the latest increase in tuition fees to a maximum of £9,000 per year. Under the current fees regime students start paying their loans back once they are earning over £21,000 at a rate of 9% of their salary above £15,000.

Ministers originally thought in 2010 that 28% of student loans would never be repaid and have revised this upwards several times. The Guardian revealed Willetts’ admission that the true figure is now more like 45% — fast approaching the 48% threshold at which experts say the benefits of raising fees to £9,000 are cancelled out. In other words, the new system is on course to start costing taxpayers more than it saves.

*ARE YOU WORRIED ABOUT YOUR GRADUATE DEBT?
Have you started paying back your student loan yet? If not, when do you think you’ll begin? Do you agree that there seems to have been a big miscalculation when working out how much graduates would realistically be able to repay, given the salaries that graduate employers are currently offering?