Average graduate salary “between 11 and 80k” 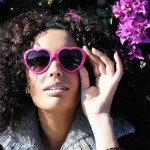 MIND THE GRADUATE PAY GAP! VAST RANGE IN STARTING WAGES DEPENDS ON THE INDUSTRY YOU PICK

There is an enormous gap between the highest and lowest graduate starting salaries, according to new research seen by Graduate Fog.

While some lucky graduates walk straight into jobs paying £80,000 per year, others take positions which pay just £11,000 per year. The news follows a stinging Guardian article by Laurie Penny questioning the true value of a university degree in today’s job market.

Researchers at the Graduate Recruitment Bureau (GRB) uncovered the shocking wage gap as part of the recruitment agency’s new quarterly Transitions assessment of the current graduate job market. The £80,000 figure was from a graduate working in the software industry, while the graduate earning £11,000 was working at a not-for-profit organisation.

Dan Hawes – co-founder of GRB – told Graduate Fog that the difference in salaries across industries was down to “supply and demand, historical reasons, new fast growing sectors and competition in the job market generally.”

Although a few lucky graduates land themselves top-paying jobs, it seems that salaries towards the lower end of the spectrum are more typical. GRB’s survey – of 562 graduates, mostly aged 21-26 – found the average (mean) graduate salary was £24,000. And these  were smart cookies – 84% had a 1st or 2:1 degree.

The research also found that graduates are increasingly well-prepared for the job market. Six in 10 (61%) said they’d done at least one internship and 67% had undertaken voluntary work. Nearly six in 10 (57%) said they’d started their job search in their final year of uni – less than a third (31%) said they’d left it until after they graduated.

And some of the most startling data was in graduates’ attitudes to their salaries. As GRB’s Dan Hawes told us: “We’ve find that high salaries are very attractive but graduates are much more interested in the whole package — especially training offered, location, perks and career progression.”

Laurie Penny is unlikely to be impressed – fearing that the supposed graduate premium (that those with a degree earn £100,000 more over a lifetime than those without) may be a myth.

She even apologised to those she had persuaded to to go university, during her time working for Aimhigher. As she put it:

“I’d like to say sorry for trying to persuade those kids that higher education was meant to be about reading lots, meeting new people, and getting excited about ideas. Because it turned out that it’s actually just about making yourself more ’employable’. It’s about fashioning yourself into a walking CV to compete for a stagnant pool of graduate jobs that are paid less in real terms every year, and taking on a rotten amount of debt in the process.”

Graduate Fog has been concerned for many years that too many young people are being allowed (encouraged?) to enrol for expensive degree courses without truly understanding the financial commitment they are making. We hope research like GRB’s will begin to provide them with a clearer picture of what they are  signing up to, so can make more informed choices in the future.

* ARE YOU EARNING MORE OR LESS THAN THE AVERAGE GRADUATE SALARY?
Is it fair that there’s such a huge difference between graduate starting salaries in different industries – when most degrees costs the same, whatever subject you study? Were you aware of the difference in starting salaries when you enrolled at uni? Might you have studied a different subject if you’d realised some jobs were so much better paid than others? Have your say below…