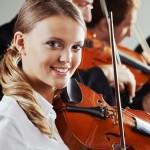 VICTORY FOR INTERNS AS PAID PROGRAMME ANNOUNCED INSTEAD

One of the UK’s best known professional orchestras has dropped its unpaid internship scheme following complaints from interns’ rights campaigners.

Critics of the London Symphony Orchestra’s unpaid programme said it was unfair and could be breaching the Arts Council England’s guidelines. The publicly-funded LSO will now launch a paid graduate internship scheme in the autumn instead.

A campaign spearheaded by lobbying groups Future Interns, Precarious Workers Brigade and Ragpickers raised concerns about the responsibilities advertised, claiming the role would be “essential” to the functioning of the organisation.

They said the advertised hours of work — from 9.30am to 6pm, Monday to Friday — plus evening shifts as required during the six-month internship would mean the intern was eligible for National Minimum Wage according to the arts council’s guidelines.In an open letter to the LSO, the groups said:

“At a time when youth unemployment is skyrocketing, institutions such as yours should be doing everything they can to provide opportunities and training. What you should not be doing is exploiting the desperation of young people and undermining the responsibility of organisations to pay for labour.”

The LSO receives more than £2 million from the funding body each year. According to the Arts Council England (ACE) guidelines for interns say:

“A ‘worker’ is anyone who has a contract of employment (written or implied) in which they agree to carry out personally any work or services for another party…You must pay an individual with ‘worker’ status at least the full National Minimum Wage for their age range.”

Last summer, Graduate Fog reported that the ACE had posted a fierce warning to employers hoping to advertise unpaid internships on their website, stating that work experience “should never be used as a way of attempting to circumvent national minimum wage regulations.” In response to the news about the LSO, Alan Davey, ACE chief executive, said:

“Arts council guidance around internships clearly recommends that organisations pay interns and other workers fairly and within the legal guidelines. “We recognise that there is great value in people being able to work in arts organisations as part of an internship programme, where it is offered and arranged properly and we welcome the LSO’s desire to implement a properly paid internship scheme which will no doubt benefit both the intern and the organisation.”

“The creative industries are competitive, and that’s good, but people should be competing on their talents, not their ability to live in London without any money coming in at the end of the week.”

An LSO spokesman said the organisations’s internship programme has been reviewed over the past year and a paid graduate internship scheme would be introduced from September. He was unable to confirm how much the intern would be paid and other details of the programme.