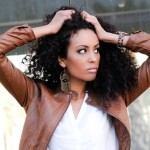 A Labour politician has exhibited shockingly flawed logic and out-dated arguments on the issue of unpaid internships by claiming that those who campaign for a fairer deal young workers are “misguided” – on the grounds that unpaid placements lead to paid jobs and employers will ‘hire’ fewer young people if they have to pay them. Meanwhile, a Conservative MP has rallied cross-party support for interns by proposing plans to tighten the law further.

Barry Sheerman, Labour MP for Huddersfield, made the comments yesterday following a landslide victory in the House of Commons for plans to tighten the law on unpaid internships to make it more difficult for employers to wriggle out of paying their young staff the wages you are entitled to.

Conservative MP and interns supporter Alec Shelbrooke proposed that the wording of the minimum wage law should be tightened to make it even clearer that interns who are classed as ‘workers’ must be paid for their labour. His plans would also see the law amended so that after four weeks of unpaid work experience there is an automatic assumption that the person is now a ‘worker’, unless the employer can prove that they are definitely not (currently, it is up to interns to prove the ARE a worker).

Criticising the passing of the bill, Labour MP Sheerman trotted out a string of distorted arguments, highlighting the benefits of unpaid internships – citing figures suggesting those young people who had engaged in unpaid work, such as internships, were three times more likely to be employed than those who had not. He also claimed that he had observed that when employers such as MPs were obligated to pay interns far fewer were hired. Sheerman told business freesheet CityAM

“Where the campaigners are misguided is in their assumption that simply banning longer unpaid internships will not lead to fewer opportunities for young people. The truth is that existing government interventions already make young people less likely to be hired.”

“It’s well known in the labour economics literature that the existence of minimum wages means employers become choosier about who to recruit, preferring more experienced workers to the young and inexperienced.

“As the cost to employers of wrong hiring decisions increases with higher wages, firms therefore use other mechanisms to minimise their costs. One is to try out young people via unpaid internships on ‘work experience’. Many young people want to undertake these unpaid internships too, because they recognise the difficulty in getting opportunities and the benefits brought about by acquiring on-the-job experience.”

Graduate Fog is concerned to see such poor and ill-informed reasoning from two such senior figures. Those who have been following this issue know that the intern ‘debate’ closed a long time ago. The law already states that interns doing the job of a ‘worker’ must be paid for their contribution – and cannot waive their right to pay, even if they say they are happy to work for free. Unpaid internships exploit those who do them and exclude those who can’t afford to do them.

“Misguided” campaigners – including Graduate Fog and Intern Aware – have heard every possible argument for not paying interns. Sheerman may be interested to know that years ago (yes, really) we addressed concerns about whether taking tough action on the issue could reduce the number of unpaid opportunities available. Your overwhelming response? That it would be worth it if the remaining internships were paid. Anything would be better than the current system, you told us.

As for the argument that unpaid internships lead to paid jobs? Gentlement, that just proves the point that they are unfair. Reacting to Sheerman and Bourne’s comments, Chris Hares, campaign co-ordinator for Intern Aware told Graduate Fog:

“When the National Minimum Wage was introduced in 1998, its opponents said it would lead to mass unemployment. This didn’t happen. While there may be a slight reduction in internships in the short term, we don’t anticipate this to be major, and based on American studies, there would likely be an overall increase in the quality of internships, and an improved chance of employability.

“Frankly, we wouldn’t have the support of everyone from multi-billion pound businesses like EY to industry associations representing hundreds of small architecture and PR firms, if paying interns was somehow bad for business.”

On the success of Shelbrooke’s outlined plans, Hares said:

“Unpaid internships hold back talented people who simply cannot afford to work for free, and they often place significant financial burdens on families. We are delighted that this motion has passed so successfully in the House of Commons, and the support involved from across the political parties shows that this is an issue that needs to be dealt with once and for all. We strongly support the Four Week Rule proposed by the Motion, and this is a big step towards reaching that goal.”

Graduate Fog feels strongly that it is not those who campaign for fair pay for interns who are “misguided” – it is those who seek to preserve a system which strangles social mobility and crushes the ambition of all but the very few. Perhaps Mr Bourne and Mr Sheerman would like to try living in London on wages of zero for months on end, and let us know how they get on?