Two-speed graduate job market emerges – have you been left behind? 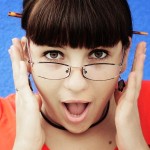 BOSSES TARGET STUDENTS EARLIER AND EARLIER – BUT WHAT HAPPENS TO THOSE STILL CONSIDERING THEIR OPTIONS BY THE TIME THEY GRADUATE?

There are concerns that a two-speed graduate jobs market is emerging – with the most focussed, organised graduates racing ahead of those who need more time to think through their options.

A High Fliers survey of more than 18,000 final year students from 30 leading universities found that a growing number of graduates are having success with their job hunt earlier and earlier. Students’ confidence in their ability to find work is increasing too – 25% of final year students expect to start a full-time graduate job straight after university, the highest proportion since 2002.

But as experts stress the need for graduates to get organised earlier than ever, there are concerns that a two-speed job market could be emerging. Yes, lots of students do get themselves organised in good time. But nearly a quarter (24%) of final year students said they hope to go on to do postgraduate study, and 14% plan to take time off or go travelling after graduation. A further 17% said they would be looking for a graduate job once they completed their studies, 3% plan to run their own business.

It seems that many of today’s students – perhaps having heard stories about the tough job market from older siblings and friends – are getting smarter about planning their career earlier than ever. Three quarters of this year’s graduates say they started researching their options before the start of their last year at university, the highest proportion ever recorded by The UK Graduate Careers Survey. This proportion has been steadily rising since the economic crash – it was 57% in 2008, 61% in 2010 and 64% in 2012. High Fliers’ researchers also found:

– Graduate employers are snapping up more students earlier than ever. A quarter of final year students who’d made an application before March had received definite job offers from graduate employers, the highest percentage ever reported since the survey’s launch in 1995. This is the third year running that this early success rate has increased

– For the third year running, marketing is the most popular destination for new graduates, ahead of jobs in consulting, media and teaching

– London remains the preferred employmetn destination for final year students at 27 of the 30 universities included in the survey. 50% of all student job hunters hope to work in the capital after graduation

– The average expected starting salary for new graduates has risen to £23,000, only the second time since the beginning of the recession that expectations have increased. But on average, this year’s university leavers anticipate earning just £300 more than the Class of 2008 expected to make six years ago

“Our latest research confirms just how dramatically the process of getting a graduate job has changed over the last five years.

“Finding a first graduate job for after university is no longer something that students do in their final few months of study — nearly half of those graduating this summer from the ‘Class of 2014’ had started researching their career options by the end of their first year at university and record numbers of students made their job applications to employers up to a year before graduation.

“It’s great to see that although the job market for university-leavers remains highly competitive, more new graduates than ever have managed to secure a definite job offer before leaving university.”

Clearly these success rates and renewed optimism are great news for those students and graduates lucky enough to know what they want to do with their career while they are still at university, and who have the focus to plan their job hunt early. But Graduate Fog knows that for many thousands of students and graduates, it isn’t so easy to see a clear way forward, and it makes sense to focus on securing the best possible marks for your degree and think about your future later. To us, a system that allows so little flexibility for this seems deeply flawed. Great candidates miss out on jobs and employers miss out on great candidates. Can a two-speed graduate job market be healthy?

*IS IT SENSIBLE FOR EMPLOYERS TO RECRUIT SO EARLY?
When did you start your graduate job hunt? Do you think it’s right that students are asked to apply for graduate jobs before they’ve even graduated? Did you find it difficult to think about your future while you were working towards the last year of your degree? Can you suggest a better way of doing things?