Is it ever okay to lie on your CV? 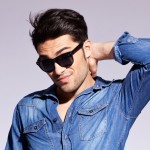 A BIG FIB COULD MEAN TEN YEARS IN PRISON (YIKES!) – BUT WHAT ABOUT A LITTLE WHITE LIE?

Job-hunting graduates have been shocked to learn that lying on their CV could land them in prison for up to ten years. Given the shortage of positions available for young people in the UK, isn’t that a bit harsh? And what exactly is a ‘lie’ anyway?

Fraud prevention officers have sent a new guide to every university in the country warning students and graduates of the consequences of inflating their degree grade, doctoring their employment history or making up personal references.

Some graduates have been jailed for six months for lying on job application forms, it emerged, but the offence carries a maximum sentence of up to 10 years in the most serious cases. Graduates caught fibbing could also see their name logged on a Internal Fraud Database for six years (whether they get the job or not). As this list can be accessed by other employers, those graduates could effectively find themselves being blacklisted for other jobs in the future.

Many of Graduate Fog’s readers – bright, ambitious graduates keen to get their career started in a dog-eat-dog job market – will have felt tempted to fib about their degree, skills or experience when applying for a graduate position. Often, the list of skills and experience demanded by employers is long. And graduates may not realise that it’s a criminal offence to be anything other than honest.

But Simon Dukes, chief executive of CIFAS, the UK fraud prevention service, cautioned graduates against embellishing their CVs, saying “ignorance isn’t an excuse if you get caught out”.

And Steve Girdler, Managing Director at HireRight, warned graduates not to assume fibbing is okay because ‘everyone does it’, saying:

“Graduates often hear in the media or from peers that it is standard practice to inflate claims on a CV. But employers do check information, especially in graduate roles where there can be little to choose between different candidates. Errors and ‘white lies’ could be the difference between getting to the next stage of the recruitment process and being sent home.”

The guide — Don’t finish your career before it starts — explains that making minor changes to CVs such as inflating grades and making up extra-curricular activities can be classed as “fraud by false representation”. It is punishable with a maximum 10-year prison sentence under the Fraud Act 2006. The guide says:

“Your dream job asks for a 2:1, but you’ve got a 2:2 — so you just make a little change on your CV. You’re worried you don’t have enough work experience — so you pretend your summer of trekking through Nepal was actually spent working at a local solicitor’s firm. After all, no one really checks, right? It’s just a little white lie, right? Wrong. It’s fraud.”

The easy-to-read, four-page guide (definitely worth taking a look at) says one former student was jailed for 12 weeks after lying about his qualifications when applying for a job as a temporary teacher.

He claimed to hold a master’s degree and submitted a certificate to the school, but his university confirmed he had never been awarded the qualification. He later admitted to buying it online.

The disclosure came as figures showed a sharp rise in employment-related fraud, with prosecutions soaring by almost 60 per cent in just 12 months.

Graduate Fog would never recommend lying on a CV or application form – and not just because it’s illegal. Interviews are stressful enough without having to remember what you’ve fibbed about, and saying you have skills or experience you don’t can tie you in knots if you do get the job. It’s also just a really bad start to the employer-employee relationship, to kick off with a lie.

However, we do recommend presenting yourself in the best light possible – and emphasising the best bits of any experience you have, while minimising the least exciting parts. Is that lying? Or just doing what it takes to get a graduate position in a tough job market? Where do you draw the line?

*HAVE YOU EVER FIBBED IN A JOB APPLICATION OR INTERVIEW?
Did you feel you had to? If you’ve never lied, have you ever exaggerated your skills or experience? Do you have no sympathy for liars – or do you feel a prison sentence a bit harsh? Given that many employers demand long lists of skills and experience from recent graduates (when were you meant to get those?), could you argue that in some cases graduates have no choice but to lie?