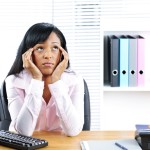 Interns are coming in to work at Oxfam exhausted after working multiple jobs — including late-night bar work and weekend shifts — in order to fund their unpaid ‘voluntary internship’ positions at the charity, a former intern has claimed.

The 23-year-old graduate — who took up a Oxfam “marketing assistant internship” three days a week for five months in the charity’s community fundraising department – has told Graduate Fog:

“In my opinion, you can only afford to do an Oxfam internship if your parents can give you lots of financial support or you are willing to spend pretty much all your time working, for months.

“I was lucky that my family could support me financially for the time I worked at Oxfam, but the other interns I was working with really struggled to make ends meet as we only received travel and lunch expenses.

“One girl was doing bar shifts until closing every night, after interning at Oxfam all day. Another was working three other days a week doing surveys for a museum — meaning she only had a one-day ‘weekend’. Both their situations went on for months.

“The charity’s managers are definitely aware that most interns work another job during their time there and they occasionally make allowances — although if you needed to change your hours you always have to make up the time. I never saw anyone complain about their Oxfam internship though. They just accept that this is what you have to do nowadays if you want to get a job in the charity sector.”

Graduate Fog is a big supporter of Oxfam’s excellent work. However, we have been concerned for some time that charities — including Oxfam — are missing out on the broadest range of young talent available by continuing to run unpaid internships on a large scale. It should also be remembered that Oxfam’s chief executive Mark Goldring is paid more than £119,000 a year, which the charity insists is a “fair reward” for his work.

True, there is an exemption in the minimum wage law which states that charities need not pay their interns, who can be classed as ‘volunteer workers’. But this loophole was designed to protect genuine volunteering, which we don’t feel is the same as interning. The charity’s website says it runs internships across a variety of departments, including HR, marketing, IT, accounting and digital media. Are these desk-based admin roles really ‘volunteer’ work?

Oxfam say yes. When we contacted the charity, they insisted their interns work on a ‘voluntary’ basis — as they do not work full-time and some flexibility is offered. But we were concerned to find that some of what they said didn’t tally with our intern’s account. The Oxfam spokesperson said:

“Our volunteering model in Oxfam hinges around mutuality of benefit. Our volunteers gain skills and have new experiences while Oxfam is thankful for their contribution.

But our intern said the she did have set hours, telling Graduate Fog:

“We were given a set number of hours which we were required to work to successfully complete our internship. So we were asked to work from 9am to 5.45pm, three days per week. Okay, those hours could be flexible to accommodate our other work — for example, we could come in a little later one day, or swap the days we worked. But if we deviated from what we’d agreed to at the start of the internship, we were always expected to make up the time.”

There are other inconsistencies. Oxfam’s spokesperson stressed that the nature of the work carried out by the charity’s “30 – 40” voluntary interns is no different from that done by regular volunteers, claiming:

“Voluntary interns never undertake a role that carries the same level of responsibility as a member of staff, or that carries a significant level of financial or reputational risk to the organisation.

But our intern claimed Oxfam’s interns are given more responsibility than regular volunteers, insisting:

“There is a hierarchy between volunteer interns and volunteers. As interns we were managing other groups of volunteers and (in my internship) encouraging them to raise money for Oxfam. We were giving presentations to community groups, meeting high-value fundraisers and encouraging them to raise more, managing fundraising groups… So there was a lot of responsibility. We were treated as junior members of staff — apart from the fact that we weren’t paid.”

And when we asked Oxfam whether they felt their internships were truly inclusive and open to all, their spokesperson reminded us that Oxfam interns receive “reasonable travel from where they live to where they are volunteering and lunch up to £6 a day.” They also said:

“Inclusiveness is one of Oxfam’s three core values along with empowerment and accountability. We always strive to be inclusive, which is why we have had people undertaking voluntary internships from all different backgrounds, some of whom are on incapacity benefits, job seekers allowance, have physical disabilities or mental health problems. We are proud of being an inclusive organisation and especially proud of the diverse range of volunteers we have volunteering for us.”

It is worth pointing out that interns aren’t the only ones who have raised concerns about the charity sector’s reliance on free labour. Several senior managers and other charity professionals have admitted to us privately that they feel the balance is wrong and the rules or culture of charity internships must change. But for that to happen, the charity world will first have to admit there is a problem here. Will they?

*ARE OXFAM’S EXHAUSTED INTERNS REALLY ‘VOLUNTEERS’?
Is it right that internships at Oxfam are only open to those with significant financial support from their parents — or those prepared to work day and night? Is it right that the law effectively guarantees charities an endless supply of unpaid interns — or should the law be tightened? If you’ve interned unpaid for a charity, how did you fund your placement?