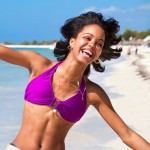 BOSS SAYS HE TRUSTS EMPLOYEES NOT TO TAKE ADVANTAGE

Staff at trains-to-telecoms group Virgin have been told they are allowed to take unlimited holidays from work, as long as they keep up to date with their projects and their absence doesn’t harm the business.

The company’s billionaire boss Sir Richard Branson announced on his blog that 170 Virgin Group employees in the UK and US could “take off whenever they want for as long as they want”. Adding that there was no need to ask for approval, nor say when they planned to return, he said:

“It is left to the employee alone to decide if and when he or she feels like taking a few hours, a day, a week or a month off.

“The assumption being that they are only going to do it when they feel 100% comfortable that they and their team are up to date on every project and that their absence will not in any way damage the business – or, for that matter, their careers!”

He added that he had introduced the policy in the UK and the US “where vacation policies can be particularly draconian”. If it goes well there, Branson said he would encourage Virgin’s subsidiaries to follow suit, believing:

“We should focus on what people get done, not on how many hours or days worked. Just as we don’t have a nine-to-five policy, we don’t need a vacation policy.”

The idea has been well-received, both by Virgin staff and the wider workforce (who no doubt hope the policy will be adopted by their own employer in future).

It certainly seems like an important gesture. Many of Graduate Fog’s readers say your relationship with your employer feels one-sided. You are expected to stay late when necessary (for no extra pay) but then treated like a child when requesting time off.

However, some critics have warned that Virgin’s workers should tread carefully, as there may be hidden dangers lurking in the small print. Guardian columnist Ann Perkins voiced concerns that under these circumstances, taking time off could be viewed an admission that an employee won’t be missed. In an era of job insecurity, is that really the message you want to send to your manager? It’s a fair point – and it remains to be seen how the policy works out in practice.

Mr Branson admitted the idea was not his own – but that he had been inspired by his daughter Holly, who read about a similar plan at the online TV firm Netflix.

Virgin Group employs more than 50,000 people around the world and operates in more than 50 countries. Since Branson started the company in 1970, it has gone from a mail order record company to having businesses in telecoms, travel and financial services.

*SHOULD ALL EMPLOYERS OFFER UNLIMITED HOLIDAY?
Do you think the policy will work in practice? What is your employer’s attitude to holiday and working hours? Do you agree that it’s time bosses relaxed their attitude towards strict hours? Will staff respond well to being treated like grown-ups, or could some be tempted to take advantage? Share your views below!