“Milk and sugar?” Graduates spend 313 hours a year making tea for their colleagues 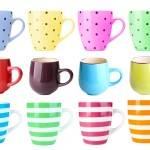 IS YOUR EMPLOYER UNDER-USING YOUR SKILLS?

Today’s university graduates are spending more time than ever making tea and coffee for their colleagues, with some spending nearly nine hours per week brewing up. Is this really the best use of the education and skills you’ve spent three years (and tens of thousand of pounds) developing during your degree?

A new survey – by Allianz Insurance – questioned 1,000 graduates who had left university over the last three years, as well as 1,000 business leaders who have employed graduates within that time. It found that the average graduate spends 313 hours per year making hot drinks for their boss and colleagues – a rise of 55 hours since 2013. London graduates spend the most time making tea – nearly nine hours per week (yes, that’s more than an entire working day!)

In contrast, general administrative duties such as scanning documents, minute-taking at meetings and diary management total 254 hours a year for the average graduate.

While Graduate Fog understands that the job of making hot drinks often falls to the most junior person in the office, these figures do seem excessive – and suggest to us that graduates’ skills being increasingly under-used in the UK’s workplaces. Are bosses encouraging teams to view the office graduate as the general office assistant, rather than a member of staff with their own workload and real responsibilities? Are you happy to make the tea – or do you feel it undermines your confidence?

*ARE YOU TREATED LIKE THE OFFICE SKIVVY?
Do your colleagues expect you to make the tea and coffee? How does that make you feel – are you happy to be helpful, or does it make you feel like the office skivvy? Do you feel the work you do reflects the skills and education you bring to your workplace – or are you capable of doing much more?