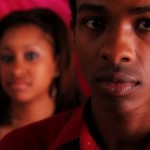 The boss of a London thinktank which has been charging former ‘junior associates’ £300 for a reference has defended his actions – and suggested that many UK graduates are “unemployable” without the help of paid-for training programmes like the one his organisation offers.

Alongside suggestions that Observer policy editor Daniel Boffey’s story (which has had over 7,700 shares so far, and was based on a tip-off from Graduate Fog) included several inaccuracies and omissions, Jan Mortier claimed the ‘real issue’ was that many UK graduates lack basic skills and knowledge in comparison with young people from other parts of the world. This makes training programmes like that run by Civitatis a necessity for those who want to get their career started. Here is the statement in full:

Graduate Fog thinks that Jan Mortier should stop ranting and just apologise. For everything. When nearly 8,000 members of the public feel compelled to hit ‘Share’ on a story calling you out, even the most arrogant of bosses should consider whether perhaps it’s their judgement that’s bad, not everybody else’s. There’s a word for such moments: “sorry”. Jan Mortier, we’re waiting.

* WHAT DO YOU MAKE OF CIVITATIS’ STATEMENT?
Is it fair to say that UK graduates are unemployable without additional paid-for training programmes like the one they offer? Do you feel graduate from other countries have the edge when applying for jobs in competitive industries?