Are your graduate debt repayments really just one “posh coffee” a day? 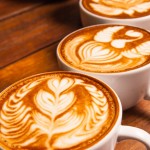 CUT OUT CAPPUCCINOS TO PAY OFF YOUR LOAN, SAYS POLITICIAN – BUT DOES HIS MATHS ADD UP?

A government minister who implied that graduates could pay off their debt easily by simply cutting out cappuccinos has been slammed for minimising the true scale of today’s typical graduate debt. In reality, to pay back a basic £27,000 loan, a graduate earning £30,000 needs to cut out 12,000 coffees – over 24 YEARS.

Earlier this week, Conservative universities minister Greg Clark angered students and graduates by insisting that university is a “phenomenal investment” as their loan repayment works out as less than the price of a “posh coffee” per day.

But critics say that although some of his maths is sound, he ignores the fact that a graduate paying back their debt at this rate would be doing so for more than two decades.

Clark claimed that, “If you earn £30,000 as a graduate, you pay back £2.22 a day; now, there are people who buy cups of posh coffee for less [it seems he meant ‘more’] than that.” But the Guardian’s Tom Meltzer says Clark has ignored a few key facts:

“That’s about a coffee and a half a day. Hardly a difficult sacrifice, you might say. But Clark’s assertion masks how long it would take to repay even a modest loan at this rate.

“A total debt of £27,000 for a three-year course, for example, would take around 24 years to pay off. And that back-of-a-fag-packet maths is only anything close to correct if interest rates stay at the current level of 2.5%, which is highly unlikely, and coffee prices don’t increase at all, which is almost inconceivable.”

Here are those numbers again:

500
Approximate number of “posh coffees” a graduate earning £30,000 would need to forgo every year to repay their student loan.

Graduate Fog’s readers are divided on whether a university degree is a good investment. While some of you are thriving in well-paid jobs and busy reducing your loan, others are struggling to make your qualifications pay off, and are resigned (sometimes relaxed) about the idea that you may never earn enough to pay off your graduate debt in full. Graduate Fog doesn’t have all the answers to this complicated question. But we do know that the scale of most graduate’s debt is big – and it is extremely unhelpful to pretend that it isn’t.

*Note: Tom Meltzer’s article has been updated since we wrote this post, clarifying that Greg Clark was referring to the repayment plan offered to students post-2012. Our post (and Tom’s original piece) refers to the repayment plan taken out by student pre-2012. For post-2012 students, repayments are smaller, but will take even more time to pay off.

*WHAT DO YOU THINK ABOUT GREG CLARK’S COMMENTS?
How do you feel about your graduate debt? Could you pay it off more swiftly if you cut out life’s little luxuries, including ‘posh coffee’? Or do you feel his words belittle the scale of the financial burden you have taken on? Have your say below…