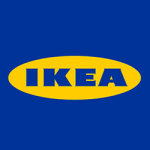 Ikea has shamed hundreds of its fellow UK retailers by signing up to the Living Wage campaign, in a “breakthrough” move that will see its staff (including many graduates) taking home a wage they can actually live on. The announcement is a challenge to the many tight-fisted shop chains who have claimed it is impossible to pay higher wages when they employ so many people.

It is expected that 4,500 of Ikea’s lowest-paid workers are set to benefit from the wage boost.

The Living Wage campaign called the development a “massive breakthrough”, and said it is not only significant for Ikea’s staff. The furniture store’s move is likely to trigger a chain reaction among other major retailers, who have so far resisted calls to pay better wages, claiming it is impossible as they employ such high numbers of staff. Rhys Moore, director of the Living Wage Foundation, told the Guardian:

“The experience of the campaign throughout has been that you need a first mover in every sector. This opens up some fruitful conversations with others who have said this is impossible in retail and it can’t be done. It can.”

Every year, thousands of UK graduates take retail positions as a ‘stop-gap’ job while you search for work that makes better use of your qualifications. Many say you quickly feel trapped and demoralised in physically demanding, low-paid work. Graduate Fog thinks a pay rise will boost your bank balance – and also your self-esteem. So we’d like to say a big ‘Tack’ (that’s Swedish for thank you) to Ikea! Let’s hope others will follow soon…

*DOING A LOW-PAID SHOP JOB?
What difference would it make if you were paid the Living Wage? Are you impressed by Ikea’s announcement – and do you think all big UK retailers should follow suit? Or do you worry that higher wages could lead to job losses, as companies struggle to control their wage bill?