Desperate times? HALF of young jobseekers would take a zero-hours contract 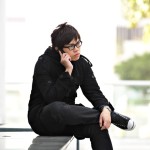 UNDER 25s TWICE AS LIKELY TO ACCEPT PRECARIOUS WORK

Almost half of young jobseekers say they would accept a zero-hours contract if they were offered one, according to new research.

The latest figures from Glassdoor show that young jobseekers are more likely than any other age group to accept the controversial contracts, where workers must be available to work (often at short notice) but may have no guaranteed shifts at all. Almost half – 47% – of jobseekers aged 18-24 would say yes to a zero-hours contract, a figure that is likely to include many graduates struggling to find permanent work. Only 25% of jobseekers over 55 said they would agree to a zero-hours offer. Jon Ingham, of Glassdoor, said:

“People who take zero-hours contracts generally do so because they feel they have to rather than they want to. This could be interpreted as employers exploiting the most vulnerable, namely people who really need the money.

“However, for others it is a useful stop-gap, it can provide valuable work experience and the flexibility can be a positive depending on your life stage. The most important issue here is to look at the attitude of the employer towards staff. Do they value people on zero-hours contracts or simply view them as ‘an extra pair of hands’?”

Graduate Fog was one of the first to report on the issue of zero-hours contracts (we published this article back in August 2012), asking whether they presented a fair deal for employees.

Since then, the contracts have attracted huge media attention, and in May 2015 the government banned exclusivity clauses that some employers were adding to zero hours contracts, which had been stopping workers from being allowed to accept work elsewhere. Some big high street stores – including Sports Direct, found to be responsible for a fifth of all zero-hours contracts in the retail sector – have suffered major PR fails for their widespread use of the contracts.

So what is the truth about zero-hours contracts NOW? We know they are most likely to be accepted by young people – but are they working for you or not?

*WOULD YOU TAKE A ZERO-HOURS CONTRACT?
Are you surprised that young jobseekers are most likely to accept zero-hours work? Is this because the contracts offer flexibility – or is it the only work many young people can find? Has the ban on exclusivity clauses helped make the contracts fairer? Or do they still work better for employers than they do for employees?