Why are graduates still so snooty about sales jobs? 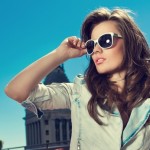 ONLY 1 IN 8 WOULD CONSIDER A ROLE INVOLVING SELLING

Thousands of graduates are missing out on well-paid jobs with great training and prospects because of old fashioned ideas about what it means to work in ‘sales’.

A new survey has found that only one in eight students said they would even consider a role that involved selling, despite high demand from employers. When well-paid graduate jobs are scarce, that seems shocking. Shouldn’t graduates be exploring their options more thoroughly?

The research – by graduate recruitment company Pareto Law – also found that a third of respondents (33 per cent) claim sales staff are always a ‘certain type’ (whatever that means). Despite strong starting salaries, a further quarter (23 per cent) of the 1,009 people quizzed wrongly believe that all sales jobs are the same – always involving cold calling and hard sell tactics – and something they aren’t keen to get involved with.

Graduate Fog has no desire to push our readers into jobs you don’t want (and we have no connection with Pareto Law). But the idea that graduates could be dismissing a solid career option for reasons not based on fact is troubling. We have written before about graduate job snobbery (Are you a graduate job snob?) – but that was questioning whether graduates should settle for low-paid work, which most sales roles are not. Graduate Fog’s founder Tanya de Grunwald says:

“For many graduates considering their career options, they are horrified if I suggest they look into sales jobs – but they’re not sure why. Perhaps it conjures up images of pushy shop assistants or nuisance phonecalls. Or is it because we’re squeamish about money and spending our time selling and negotiating seems a bit grubby?

“Whatever, it’s time to get over it. Today’s sales techniques and styles (especially for selling high-end products or services) have moved on – meaning many old stereotypes are well out-of-date. Being able to sell is an exceptionally valuable skill – and it’s highly transferable too.

“In a way, whether you stay in sales or move on to something else, you’re likely to find yourself selling something right throughout your career (even if it’s just yourself, in interviews) and being able to present to others is important in most jobs. The psychology of sales and negotiation is fascinating – not to mention useful when it comes to your own salary negotiation, in whatever job you go into next. Wouldn’t it be great to go into those conversations with a bit more confidence?”

So, is the weird stigma around sales jobs just the result of graduates being misinformed – or is there some snobbishness too? Johnathan Fitchew, CEO of Pareto Law, said:

“One in four people admit they have a negative perception of sales jobs, and it puts them off the sector in terms of employment. It seems like that stereotype is compounded by those in higher education not classing sales as a ‘profession,’ insinuating it’s not of a sufficient level for a graduate.

“But in our experience this is simply not true, as many business-to-business sales roles will insist on a degree level education. Sadly, this mis-information means graduates are being discouraged from what could be a fulfilling and rewarding career.

“The majority of the graduates placed by Pareto receive a basic salary of £24,500 with on target earnings of more than £30,000 in their first year. This compares very favourably to the national average graduate salary of £26,000.

“In addition, sales graduates experience a faster progression rate than many other graduate opportunities and management positions can be attainable within the first two years of employment with salaries of more than £60,000. A sales role can help to develop an excellent range of skills and experience to help boost prospects in a diverse range of careers. Graduates should be very wary of ruling out certain career choices based on stereotypes and myths.”

When so many graduates say they’re struggling to get their career started, Graduate Fog feels it’s vital our readers consider all their options properly. The idea that some graduates may be dismissing a good career without proper consideration kills us. Not sure where to start looking? Visit the Graduate Fog Job Board. All the roles you see advertised have great prospects – and we guarantee a response to every application. What have you got to lose?

For more information about careers in sales, download Pareto Law’s guide for graduates ‘A Career in Sales — The Myth Exposed‘

*WOULD YOU TAKE A GRADUATE SALES JOB?
Is there a weird stigma among graduates about jobs in sales? Is it because you’re misinformed or do you feel you’d be ‘settling’ or wasting your degree? Share your views with us below…