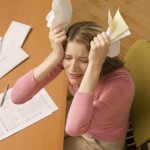 WORRIED ABOUT YOUR STUDENT DEBT? YOU SHOULD BE, SAYS UK’S TOP FINANCE JOURNALIST

Worried about your graduate debt? Then you need to know that the government may be about to make it much worse. And yes, the changes will affect those who have already graduated, not just new students.

The governments’ plans to re-write the small print on student loans and graduate debt are so outrageous that they have been slammed by the UK’s best known independent money expert, Martin Lewis, who has called them “a disgrace”.

The retrospective changes – which will affect those who have already graduated, as well as current and prospective students – are so shocking they would not be permitted if a bank or any other lender tried to make them, he says. The plans conflict with rock-solid assurances that were made when the system was introduced – and will leave hundreds of thousands of borrowers worse off.

In an extraordinary ten-page submission replying to the Department for Business, Innovation and Skills’ consultation on freezing the student loan repayment threshold, Lewis, finance journalist and founder of MoneySavingExpert.com, tears apart the new proposal that would fix the pay-back threshold at the current level of £21,000 for five years (until April 2021). This matters because it ignores that fact that salaries and the cost of living will rise in that time. That means that graduates on £21,000 in five years’ time  will find themselves re-paying 9% of their earnings when they feel much poorer than graduates on that salary feel now.

One of Lewis’ major objections is that the proposal is a retrospective change – meaning that the government will effectively be changing the small print of a student or graduate’s loan after they’ve taken it out and without their permission (which, if you think about it, is pretty outrageous). Several promises in the original plan will also be broken, including the pledge that the pay-back threshold would increase periodically as time went on, to factor in that £21,000 would be worth less in future than it was when the system was introduced.

The document is a great read – Lewis really lays into the politicians, singling out former Universities Minister David Willetts and former Secretary of State Vince Cable. If you don’t have time to read it, here is the executive summary:

This proposal would be a disgrace that should not happen in fair government. It is breaching the principle of no retrospective changes, which is an outrage.

At the moment the student loan system gets a bad press, many people don’t like it and it’s badly explained. But at least it does what it says it does on the tin. Whether people like the system or not, because it operates within its agreed rules, it is fair. This change takes it outside of its own rules, and so is fundamentally unfair.

Freezing the threshold will mean that this and all future governments will not be able to be trusted on student finance. The repercussions of this loss of trust are far-reaching.

Prospective students would lose faith in the information they are given. How could they be expected to make a decision they will be tied to for decades when promises made are broken and the system can be changed on the whim of a new government? This will particularly affect students from nontraditional university backgrounds.

Martin Lewis and MoneySavingExpert.com would no longer feel comfortable explaining to people how the student finance system works — if the Government will make retrospective changes we could no longer be sure that what we say is true.

Graduate Fog has great respect for Martin Lewis’ work de-mystifying personal finance – so if he objects to these changes, we’re inclined to agree. Changing the rules on any agreement once the contract has been signed is a pretty rogue move – especially when it looks set to leave so many young people worse off for years to come. But will his objections be enough to stop the government doing whatever it likes?

* IS IT FAIR FOR THE GOVERNMENT TO CHANGE THE SMALL PRINT ONCE YOU’VE TAKEN OUT YOUR LOAN?
What is your reaction to hearing that this could happen? If it went ahead, how would it impact you? We’d love to know your views, so have your say below…