Graduates among those hit hardest by zero-hours contract boom 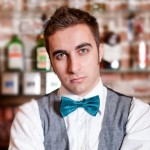 A new boom  in the number of people depending on a zero-hours contract for their main job has hit young workers hardest, according to new research. This includes many graduates doing “stop-gap” jobs – often in shops, bars and cafes – while they search for permanent work.

Data from the Office of National Statistics reveals the total number of zero-hours workers rose by more than 100,000 last year, to a total of 801,000 – with two-thirds of the jump accounted for by workers aged 18 to 24. But are these “flexible” contracts helpful for graduates while you seek other work – or a headache, as you never know when you’ll be working, or how much you’ll earn?

Now that exclusivity clauses have been banned, many employers claim that many zero-hours workers enjoy the flexibility the contracts allow, as shifts can be upped or lowered depending on how much time that person has available that week (or month).

“Zero-hours contracts may be a dream for cost-cutting employers, but they can be a nightmare for workers. Anyone on such a contract has no guarantee of any work from one day to another. Put a foot wrong, and you can find yourself with little or no work. Speak up and you can be denied all but the most anti-social shifts.”

And Laura Gardiner, of the Resolution Foundation, said some workers on zero-hours contracts struggle to cope with fluctuating pay levels, which made it hard to budget, telling the BBC:

“While zero-hours contracts still make up a comparatively small, albeit growing, part of the labour market, it is still crucial that policy makers consider the effect of unstable employment on both workers and the economy.”

The research found that those on a zero-hours contract worked an average of 26 hours a week. About a third of them wanted to work longer, with most wanting more hours in their current job, as opposed to a different job that offered more hours. One in six had received no work in the week before being interviewed.

* GRADUATES! ARE ZERO HOURS CONTRACT WORKING FOR YOU?
Are flexible hours helpful while you look for permanent work? Or are the shifts and wages too unstable? If you’ve worked a zero-hours contract, please share your experiences. Or if you wouldn’t consider signing one, tell us why not…