Tell us again… WHY don’t under-25s get the new national living wage? 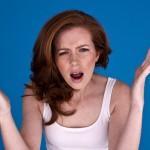 YOU CAN VOTE AND JOIN THE ARMY – BUT YOU DON’T DESERVE ‘GROWN UP’ WAGES UNTIL YOUR 25TH BIRTHDAY. WHAT’S THAT ABOUT?

Around 1.3 million workers will enjoy a historic pay boost from today, as the government’s new National Living Wage comes into effect. Unfortunately, those aged 21-24 will remain on the same crummy wage they were on before (£6.70 per hour) with those younger than them continuing to receive even less (see sad little table below).

Back in October, Cabinet Office minster Matthew Hancock said workers under 25 were “not as productive” as older workers, telling a fringe event at the Conservative Party Conference:

“This was an active policy choice. Youth unemployment, whilst falling quite sharply, is still a long way above the unemployment rate for the over 25s.

“Anybody who has employed people knows that younger people, especially in their first jobs, are not as productive, on average.

“Now there are some who are very productive under the age of 25 but you have to set policy for the average. It was an active choice not to cover the under 25s.”

It is unclear whether Hancock’s comments were the official reason for this weird age floor thing, or just his random opinion. Certainly no data was given to support his statement that young people are less productive than older people. Whatever, the fact remains that the government (including MPs who young people voted for) has decided that you’re not a true ‘adult’ worth paying a full wage until you’re 25.

Err… Can we talk about that for a second, please?

Many in this age group have long since passed the age where you’re eligible to vote (18), or join the Army (16!). And at 17 you are considered old enough to sign up to thousands of pounds of student debt, which you may or may not be able to pay back later. (Funny how you’re an adult when people want to take your money, but not when any might be owed to you, isn’t it?)

So, why exactly are you still not eligible for ‘grown up’ wages until you’re 25?

Is it really about productivity, as Hancock says – in other words, do younger people get less done in a day? Or perhaps they work as much, but their work is inherently worth less than someone aged 25 or over (even if they have more experience)? Or is it assumed that those under 25 don’t need as much money, because they’re likely to live with their parents? Or because they’re less likely to have children to support?

Many under-25s do have experience, can’t live with their parents and do have children to support. Because they’re ADULTS. 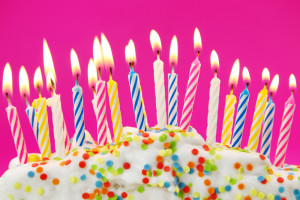 The ‘best’ reason for creating this exception for young workers would be in an attempt to protect jobs for young people.

Yet, as far as we are aware there is no data to support the idea that employers would be any less likely to take on young workers at the new national living wage than they would at the regular old National Ninimum Wage. (In fact, this was a concern before the original NMW was first introduced in 1998 – but fears proved to be unfounded).

We are not the only ones who are concerned that the new wages unfairly exclude young workers. TUC general secretary Frances O’Grady today declared the exemption to be unfair, saying:

“Britain desperately needs a pay rise, and this increase is good news for those aged 25 or older.

“But the government must ensure that younger workers are not left behind. 21-24 year olds will not be seeing an increase tomorrow. This is not fair. Future wage increases must narrow the pay gap between old and young.

“Employers can do more for low-paid workers, and we urge them to adopt the voluntary Living Wage standard. The government must also ensure that the new rates are properly enforced for workers across the country.”

Graduate Fog is baffled by this bizarre decision to exclude young people from a pay boost that pretty much everyone agrees is long overdue to other low-paid workers. But what’s really insulting is that they haven’t even bothered to supply any data to support it it. Just… Wow.

* SHOULD YOUNG WORKERS GET THE NATIONAL LIVING WAGE?
Do you think it’s right that those aged 21 to 24 are denied this wage boost? Why do you think the government has excluded young people from the new national living wage?