Graduates! How will YOU vote in the EU referendum? 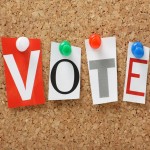 LEAVE, REMAIN – OR STILL UNDECIDED? TELL US WHICH SIDE YOU’RE ON

Today – Thursday 23rd June – we are being asked to decide whether the UK should remain part of the EU (‘Bremain’) or leave (‘Brexit’). The outcome of the EU referendum will affect everybody – but no age group more than the country’s young people. After all, this is your future, more than your parents’ or grandparents’.

Graduate Fog’s readers appear to be split on what they think – and many are still undecided. Graduate Fog has made clear that we will be voting for the UK to remain part of the EU, for the following reasons:

– Wanting to be part of Europe (‘Stronger In’), rather than isolating ourselves from our neighbouring countries who share our values and views

– Concerns that an ‘Out’ result could trigger another recession – likely to impact young people’s jobs disproportionately. The graduate market is still recovering from the last economic downturn, and another hit is not what you need when you’re trying to get your career started

– Worries that leaving the EU could mean fewer legal protections for workers, making employees more vulnerable in what feels like an increasingly ruthless job market

– Being keen to secure continued EU investment in universities and research, especially science 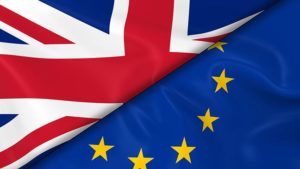 ‘In’ or ‘Out’: What’s best for graduates? Tell us how you plan to vote in the EU referendum

But some Foggers disagree, and say they will be voting to leave.

They hope that controlling immigration could mean less competition for jobs, and higher wages. There is also a chance that house prices will be affected, possibly making it easier for young people to get a foot on the ladder.

We don’t want to tell you how you should vote – that’s your decision. But we’re interested to know which side you plan to give your support to (or whether you’re still undecided). So, please share your views below – thanks!